View all macro and energy indicators in the Australia energy report

Per capita energy consumption is around 25% higher than the average of OECD countries, amounting to 5.0 toe in 2021, while per capita electricity consumption was 9.3 MWh.

Total energy consumption remained relatively stable between 2010 and 2021 (between 126 and 128 Mtoe according to the year considered).

Oil, coal (including lignite), and natural gas have comparable market shares in energy consumption (32%, 31%, and 28%, respectively). The share of coal has decreased by 11% since 2010, while the share of natural gas increased by 6%.

View the detailed fondamentals of the market at country level (graphs, tables, analysis) in the Australia energy report

Australia's production of liquid hydrocarbons (crude oil, condensates, and NGLs) increased by 40% between 2018 and 2020, reaching 18.5 Mt, but dropped by 10% to 16.6 Mt in 2021. The production is mostly due to its two largest producing basins, the Browse and Carnarvon basins in north-western Australia, in part due to the completion of the Greater Enfield Project in 2019. Previously, oil production had more than halved between its peak at 32 Mt in 2000 and 2018, due to the decline in production from mature basins.

The transport sector accounts for about 2/3 of oil consumption, followed by all industries (29%). 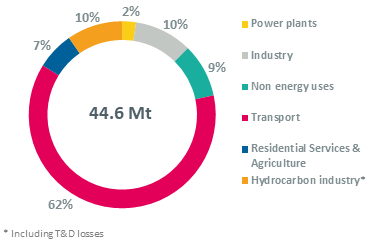 Electricity production accounts for 26% of the consumption, the hydrocarbon sector for 45%, industry for 18%, and buildings for around 11%. 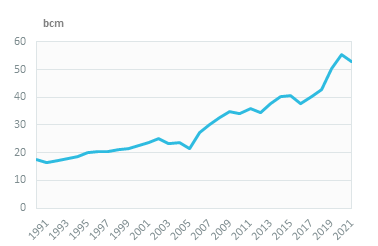 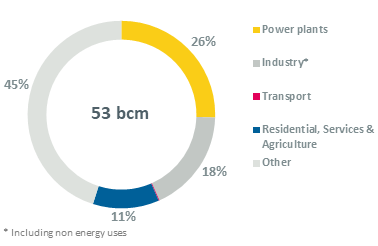 Coal and lignite consumption has declined by 35% since its peak in 2009, reaching 94 Mt in 2021. Most of the consumption goes to power generation (91%) and the remainder to industry. 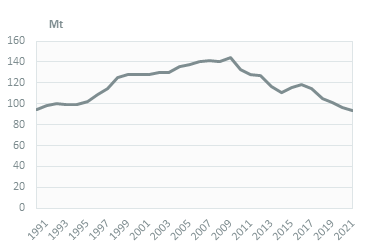 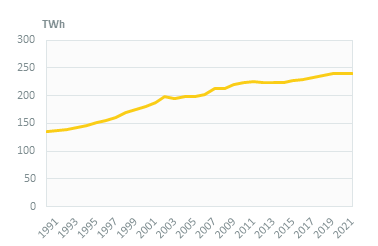 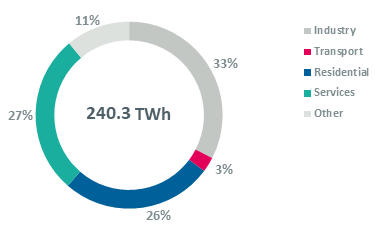 The government committed to reaching net-zero emissions by 2050 in its Long-Term Strategy submitted in November 2021, which has been approved by the Australian senate in September 2022.