View all macro and energy indicators in the China energy report 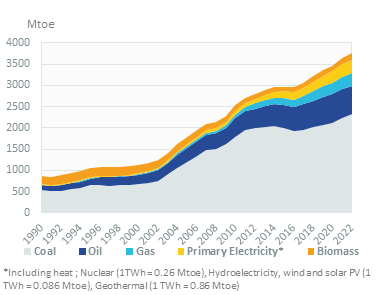 View the detailed fondamentals of the market at country level (graphs, tables, analysis) in the China energy report

Oil production has been increasing since 2018 (+2%/year), reaching 208 Mt in 2021. It increased by an average of 2%/year between 2000 and 2015 but declined by 3.2%/year between 2015 and 2018. Most of the production is onshore and located in the fields close to the north-eastern coast. Offshore production is in full development, with the Bohai basin being one of the most active areas. 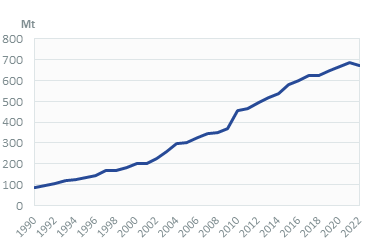 Industry represents 41% of gas demand, followed by the residential and services sector (22%), the power sector (18%), and transport (9%). 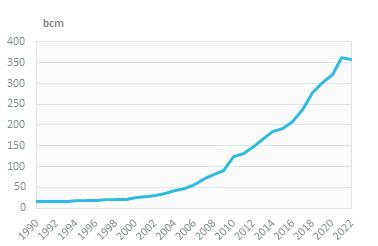 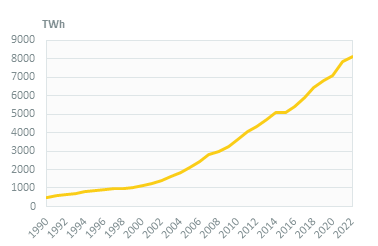 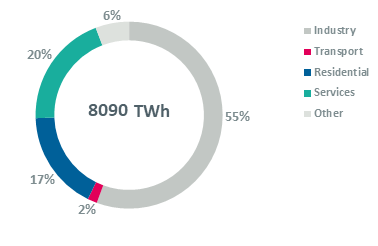 China ratified the Paris Climate Agreement in 2016. Its updated NDC (2021) set more ambitious targets for 2030: reaching a CO2 emission peak before 2030, lowering its CO2 intensity by over 65% (from 2005 levels), and eventually reaching carbon neutrality before 2060. It aims to cut the average coal consumption rate in power plants to 300g/kWh between 2020 and 2025.