View all macro and energy indicators in the Thailand energy report

View the detailed fondamentals of the market at country level (graphs, tables, analysis) in the Thailand energy report

The country submitted its first NDC in 2016, which targets a reduction in GHG emissions by 20% compared to the BAU level in 2030 and by 25% subject to technology transfer and financial support.

Total CO2 emissions from fuel combustion more than tripled between 1990 and 2013. Emissions are on the rise again since 2018 after a short stagnation period, reaching 271 MtCO2 in 2019. 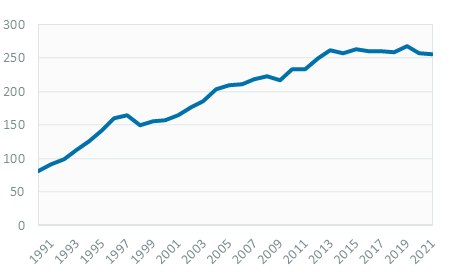