View all macro and energy indicators in the Nigeria energy report

In 2021, biomass accounted for 76% of total consumption, which is higher than the region's average. Oil is the second most important energy source with 14%, followed by gas (10%).

View the detailed fondamentals of the market at country level (graphs, tables, analysis) in the Nigeria energy report

The country is promoting the exploitation of fields located in the deep and very deep offshore.

Since 2015, oil product consumption has increased by an average of 3%/year. Despite a decreasing share, transport is the main consuming sector with 90% of total oil products consumption. 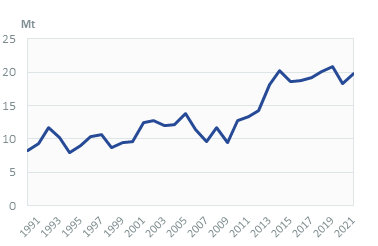 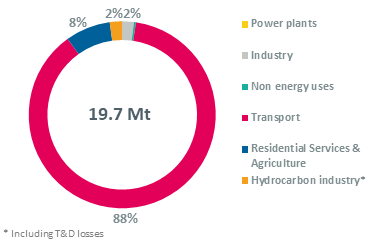 Since 2009, gas consumption has increased on average by around 6%/year.

The energy sector absorbs around 80% of gas consumption: 35% for power generation and 44% for the oil and gas sector ("others"). 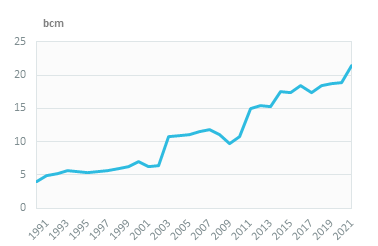 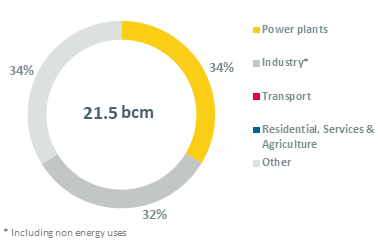 Coal consumption is very limited (less than 0.1 Mt in 2020) and is exclusively used in the industry sector. 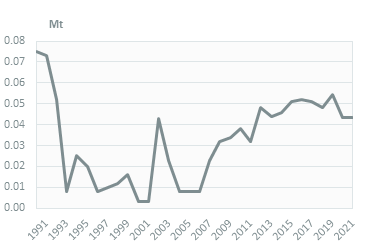 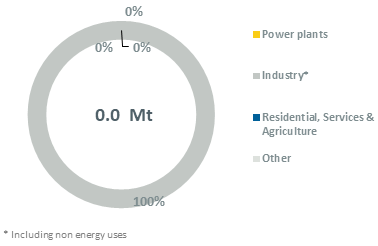 Since 2013, electricity consumption has showed much slower growth than before, following the slow-down in economic growth (3%/year compared to around 9%/year between 2000 and 2012). 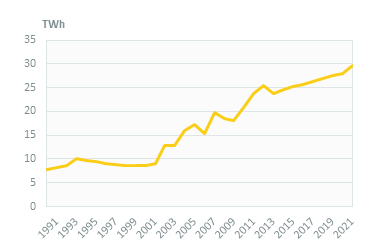 According to its National Renewable Energy Action Plan (2016), Nigeria targets 29% of its electricity production from renewables by 2030, including large hydro (20% in 2021), with 13.8 GW of capacity.

The updated NDC (2021) set an unconditional GHG emission reduction target of 20% below a BAU scenario by 2030 and a conditional target with international support up to 47% (i.e. a level of 244 MtCO2eq for the conditional target compared to a BAU level of 453 MtCO2eq). In addition, Nigeria pledged to reach net-zero emissions by 2060.