View all macro and energy indicators in the Czechia energy report

View the detailed fondamentals of the market at country level (graphs, tables, analysis) in the Czechia energy report

Czechia is dependent on Russia for its oil supply, which is imported through the Druzhba pipeline ("Friendship" pipeline); deliveries were suspended in spring 2019 over oil contamination, affecting crude oil supply (resumption of oil deliveries in July 2019). In 2021, the country imported 6.8 Mt of crude oil (+11% on 2020); 50% of crude oil imports came from Russia, 18% from Kazakhstan, and 16% from Azerbaijan (2021). Since 1996, oil is also supplied from Germany through another oil pipeline (IKL) connected to the transalpine pipe (TAL) in Ingolstadt. 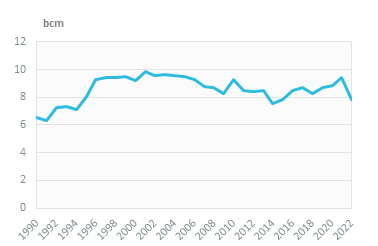 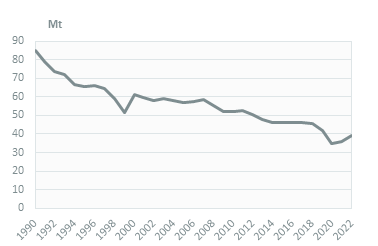 The country's electricity consumption, which had grown by 2.4%/year between 2014 and 2017 before stabilising at around 60 TWh in 2019, dropped by 2.7% in 2020 as a result of the pandemic. In 2021, electricity consumption reached its highest level ever at 61 TWh, as residential electricity kept rising (+10% on 2019) and other sectors came back to their pre-pandemic levels. 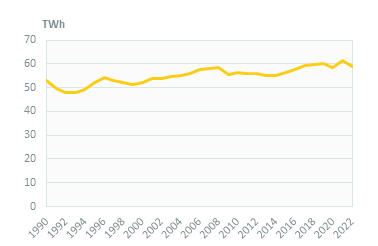