View all macro and energy indicators in the Congo energy report

Energy consumption per inhabitant is 0.6 toe (0.2 toe without biomass), in line with the Sub-Saharian Africa average, including 290 kWh of electricity (2019), i.e. around 20% below the regional average. 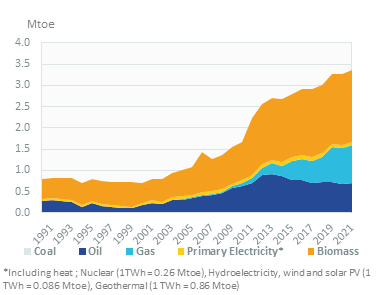 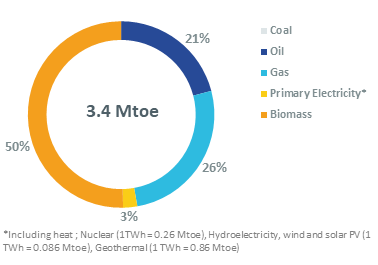 View the detailed fondamentals of the market at country level (graphs, tables, analysis) in the Congo energy report 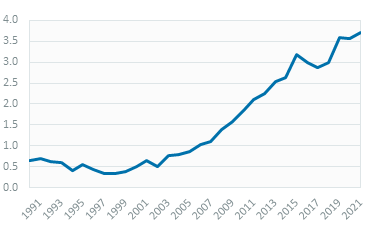