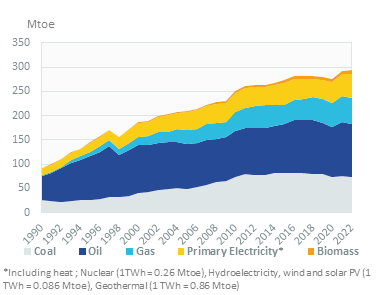 View the detailed fondamentals of the market at country level (graphs, tables, analysis) in the South Korea energy report

Korea depends on imports to meet its entire oil demand. Thanks to the increase in its refining capacities, Korea has been a net exporter of oil products since 1997. However, net oil product exports fell by 37% in 2021 to 13 Mt, a level similar to that of 2010. Net crude oil imports were 10% below their 2019 level, at 130 Mt. In April 2022, following a decision by IEA member countries, the country released 7.2 mbl of strategic crude oil reserves to cope with high oil prices.

Because of significant consumption of oil for non-energy uses, industry represents over half of the oil demand, while transport accounts for almost one third. 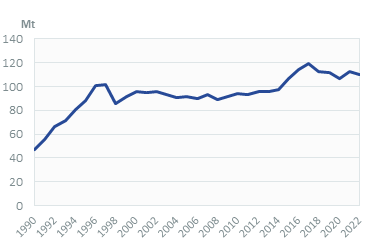 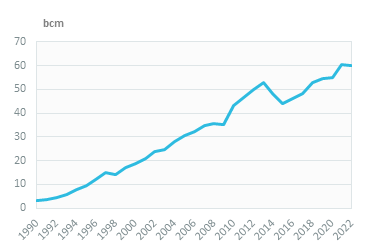 Power plants accounted for 67% of coal consumption in 2020 and industry for 24%. 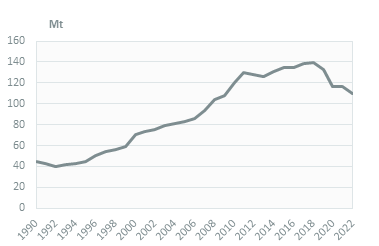 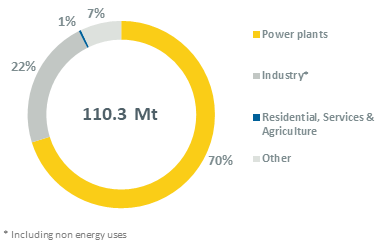 Industry absorbs half of the electricity consumption, services 30% and households 13%. The distribution has been similar since 2010. 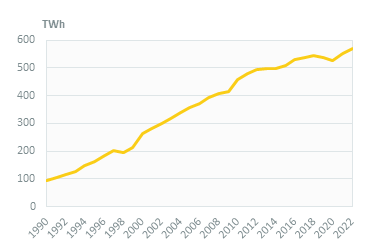 In October 2021, the country almost doubled its reduction target for total GHG emissions in 2030 to 40%, compared to 2018 level, from 24.4% previously; this target was included in the country's NDC update. In 2020, the country also committed to achieving carbon neutrality by 2050. Other related measures were announced in 2020, such as a proposal call for ending the financing of coal-fired power plants overseas and introducing a carbon tax, as well as increasing the renewables target.