View all macro and energy indicators in the Russia energy report

Total per capita consumption reached 5.1 toe in 2020. Per capita electricity consumption was around 6 250 kWh. 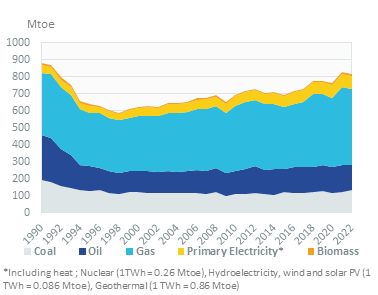 View the detailed fondamentals of the market at country level (graphs, tables, analysis) in the Russia energy report 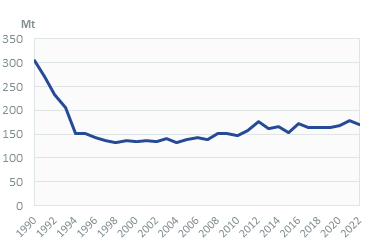 Transport is the largest oil consuming sector with 39%of total oil products (44% in 2019), ahead of industry (32%, including non-energy uses), the hydrocarbon sector, and the residential-tertiary-agriculture sector (13% each).

Gas is mainly consumed in the electricity sector (38%). Industry represents 23% and the residential-services sector 18%. 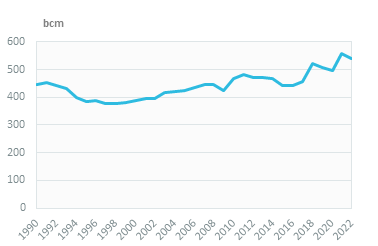 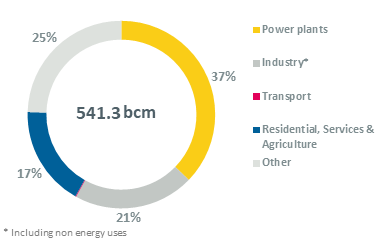 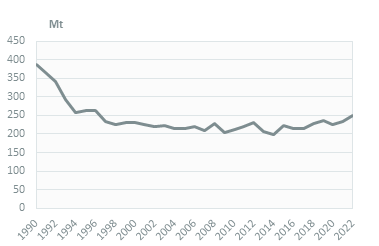 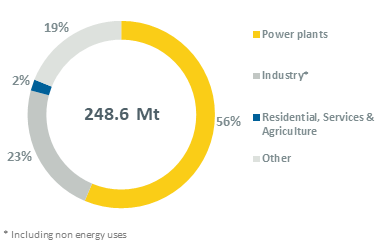 Industry is the main electricity consumer with 37% of the total (-9 points since 2000), ahead of the residential sector with 19% (20% in 2000) and services with 16% (doubling since 2000). Transport accounts for 6% of total electricity consumption, i.e. a significant share compared to other countries, due to the strong presence of public transport.

The Government target for a 2.5% share of wind and solar in electricity generation by 2020 (State Programme on Energy Efficiency and Energy Development,2014) has not been reached (0.3% in 2020). In June 2021, the authorities plan to award RUB360bn (US$4.9bn) of state support for renewables projects through 2035. The country aims to add 12 GW of renewables capacity by 2035.

Russia ratified the Paris agreement in 2019. In its first NDC (November 2020), the country aims to cut GHG emissions to 70% of their 1990 level (3.1 GtCO2eq) in 2030, i.e. up to 2.2 GtCO2eq, taking into account the maximum possible absorptive capacity of forests. Since Russia's GHG emissions (including forests) have nearly halved since 1990, reaching 1.54 GtCO2eq in 2020, this target would allow the country to significantly increase GHG emissions by 2030.