View all macro and energy indicators in the Ireland energy report 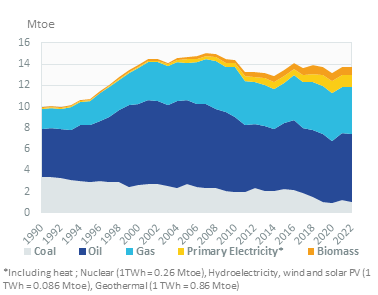 View the detailed fondamentals of the market at country level (graphs, tables, analysis) in the Ireland energy report

There is currently no oil production. Providence Resources was the first company to report commercially viable oil flow from its Barryroe well in 2012.

Ireland imports all its crude oil and about 85% of its refined product needs. Ireland's oil dependency is among the highest in the EU.

Ireland has just one oil refinery, the Whitegate refinery located in Cork, with a capacity of 75 kb/d. It processes crude, mainly sourced from the North Sea, North Africa, and West Africa. 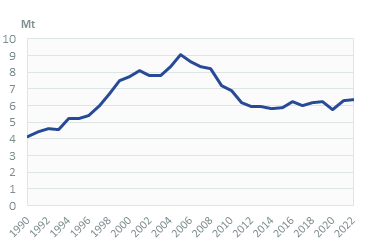 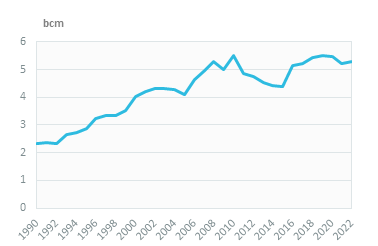 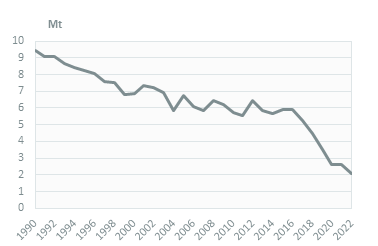 The electricity sector absorbs 58% of coal and peat consumption, followed by the residential-tertiary sector with 31%. 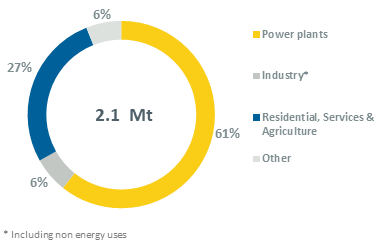 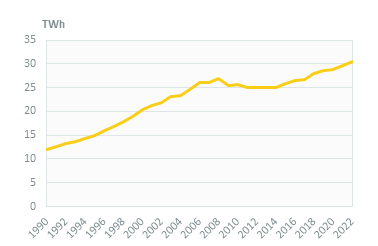 Services are the largest electricity consumers with 45%, followed by households (30%) and industry (23%).

SEAI is also the agency in charge of the implementation of the renewable energy policy.