View all macro and energy indicators in the Iran energy report

Per capita energy consumption stands at 3.2 toe (similar to that in the Middle East or the EU average), including about 3 500 kWh in 2021.

View the detailed fondamentals of the market at country level (graphs, tables, analysis) in the Iran energy report

Transport is the main consuming sector, reaching 51% of the total, well ahead of industry (28% including non-energy uses), buildings (10%), and the power sector (11%).

The power sector is the largest gas consumer with 35% in 2021, closely followed by buildings (i.e. residential-services sector) and industry (each representing 26%). The share of buildings is declining (33% in 2010), while the share of industry is stable. 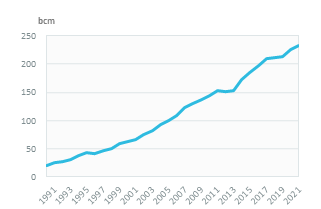 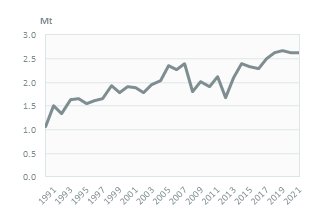 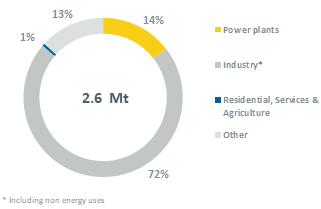 The residential sector represents 34% of electricity consumption, followed by industry (33%) and services 16%. The remainder (17%) is consumed in the oil and gas sector. 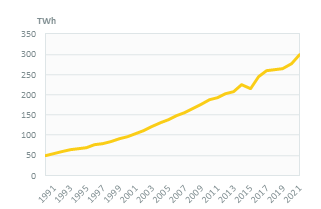 Because of the economic sanctions, Iran has not ratified the Paris Agreement and has not submitted its NDC. In its INDC (2015), Iran committed to reducing its GHG emissions by 4% (unconditional pledge) and up to 12% (conditional on international financial and technical assistance) by 2030 compared to a BAU scenario.