View all macro and energy indicators in the Estonia energy report 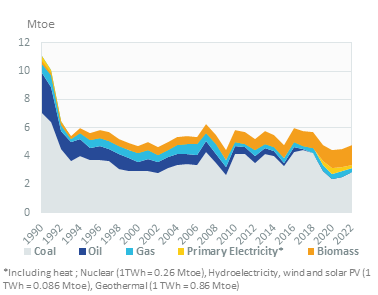 View the detailed fondamentals of the market at country level (graphs, tables, analysis) in the Estonia energy report 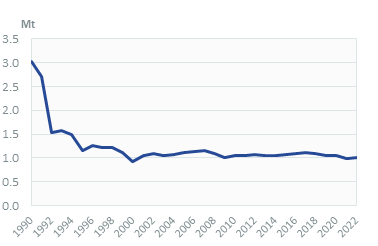 Transport absorbs nearly 68% of the consumption, followed by the residential and services sector (11%) and industry (6%) (2020). 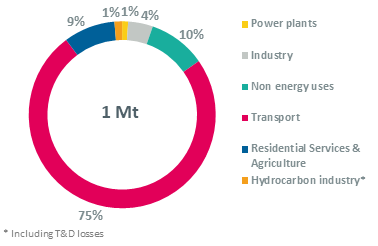 Gas consumption has remained stable since 2015 at around 0.5 bcm. It halved between 2008 and 2015, because of the economic crisis (-32% in 2009 alone), the progressive conversion of heat producers to other fuels (especially biomass), and the closure of a large fertiliser plant in 2014.

In 2020, 27% of oil shale was consumed by power plants and 70% by district heating plants and liquefaction plants (to produce shale oil). 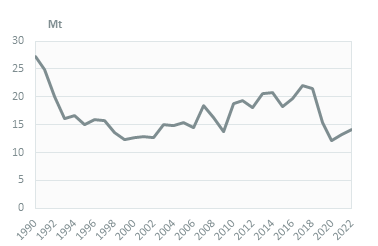 Electricity consumption has been decreasing since 2019 (3%/year) after a period of slight growth starting in 2011 (1%/year). 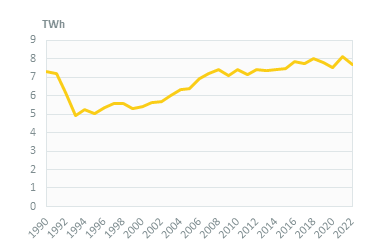 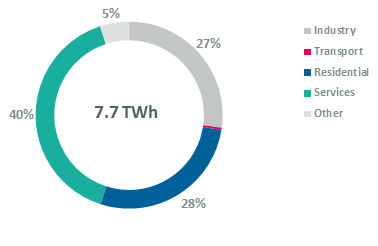