View all macro and energy indicators in the Denmark energy report

Denmark's consumption per capita is slightly lower than the EU average at 2.9 toe/cap and around 5 500 kWh/cap of electricity in 2019. 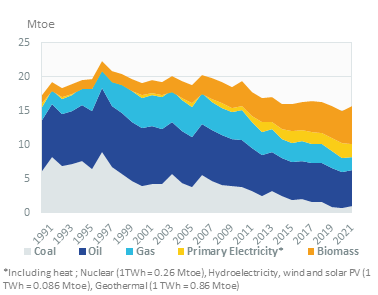 View the detailed fondamentals of the market at country level (graphs, tables, analysis) in the Denmark energy report 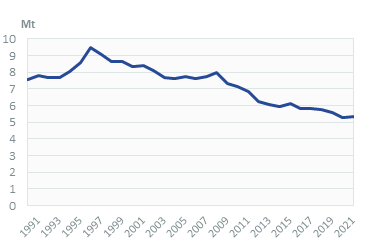 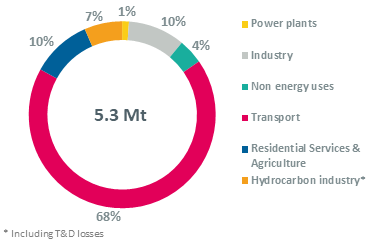 In 2019, the oil and gas industry accounted for 29% of gas consumption, followed by the residential, services, and agriculture sectors (29%) and industry (25%). The remainder (17%) is used in the power sector. 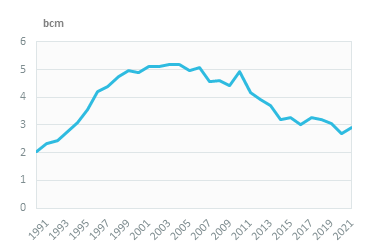 Coal consumption is almost exclusively used by the power sector (88% in 2019). Since 2006, consumption has fallen by 11%/year on average, due to the surge in wind power generation and conversions of coal-fired units to biomass. 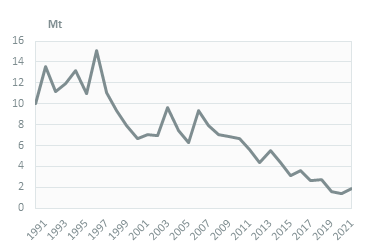 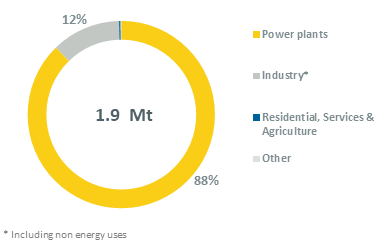 Services and the residential sector are the two largest consumers of electricity consumption in 2019, with 33% and 30%, respectively, followed by industry (27%). 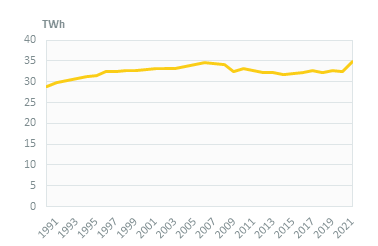 In 2019, the government adopted a legally binding national Climate Act with an objective of reducing GHG emissions by 70% by 2030 (compared to 1990 levels) and moving towards net-zero emissions by 2050. The new regulation creates a mechanism with a five-year cycle designed to ensure both early actions and to revise the reduction targets. In addition, every year, the Danish government will have to present Climate Action Programmes with concrete initiatives to decarbonise every sector of the economy.