View all macro and energy indicators in the Chad energy report

Total energy consumption is increasing regularly, but at a slow pace (+2.1%/year since 2000).

Traditional energies account for a large part of the energy consumed (81% in 2018). Oil represents 19% of the country's total energy consumption. 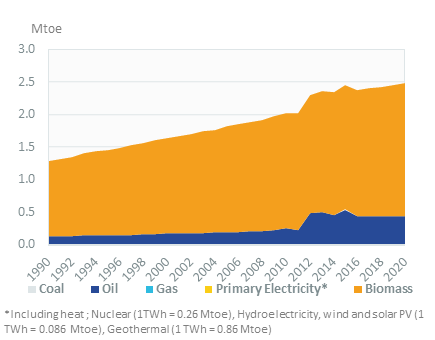 View the detailed fondamentals of the market at country level (graphs, tables, analysis) in the Chad energy report

Oil production has been decreasing slightly since 2015 to 5 Mt in 2018. It had previously fallen by a factor of nearly 2 between 2005 (8.7 Mt) and 2014 (4.4 Mt). That decrease was due to technical difficulties and upwelling which led to the cessation of production on several fields. Production started in 2003.

Chad submitted its first NDC in 2015, with the objective of a 71% reduction in GHG emissions compared to a BAU scenario. This objective is conditional to financial assistance and corresponds roughly to maintaining the 2010 level of emissions (8.4 MtCO2e), mainly linked to agriculture. 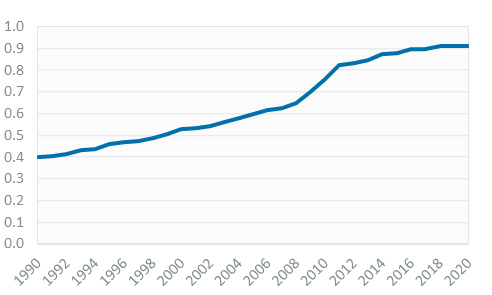