View all macro and energy indicators in the Brazil energy report

With a per capita consumption of 1.4 toe (2021), Brazil is within the average range for semi-industrialised countries but well below the European average of 3 toe.

View the detailed fondamentals of the market at country level (graphs, tables, analysis) in the Brazil energy report 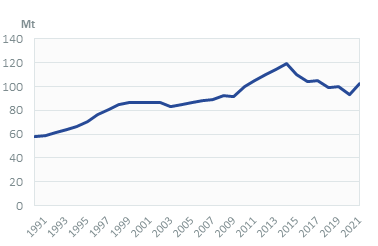 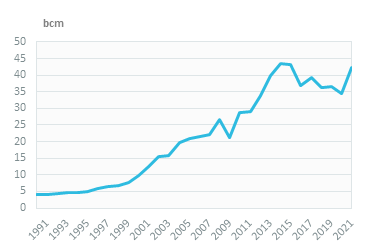 Industry accounts for 28% of the demand and power plants for 37%. 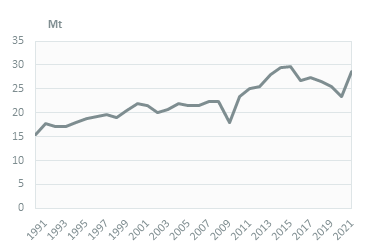 Industry accounts for 57% of demand, while the remainder is used to produce electricity. 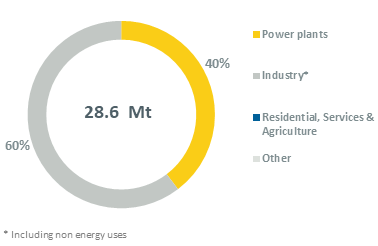 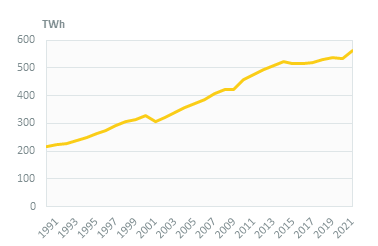 Sectoral shares have remained roughly stable over the last decade. Industry absorbs 37% of the consumption (26% for residential sector and 23% for services). 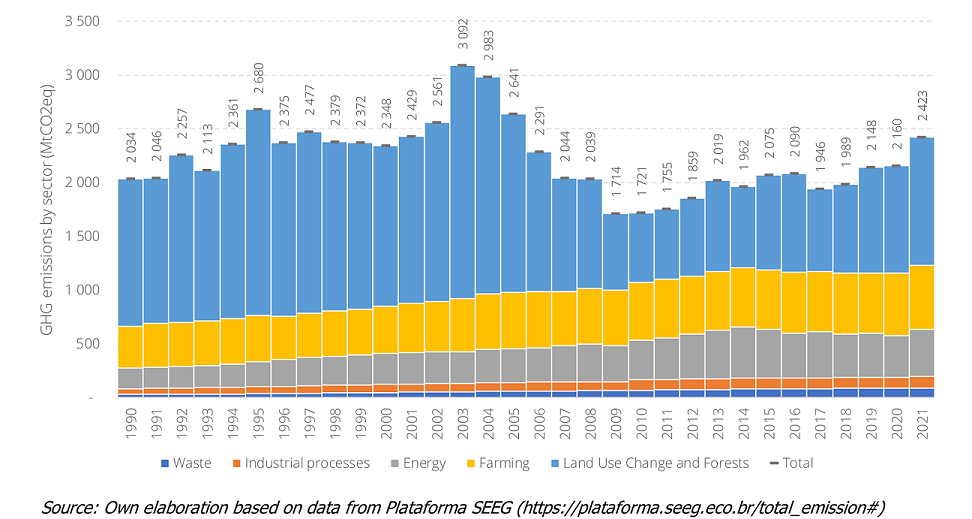