View all macro and energy indicators in the Belgium energy report 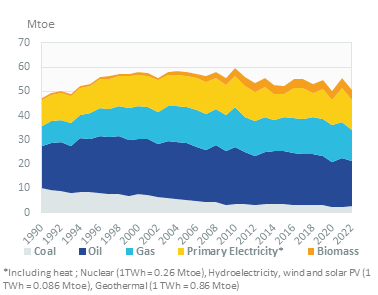 View the detailed fondamentals of the market at country level (graphs, tables, analysis) in the Belgium energy report

Oil consumption has been decreasing by 2.3%/year since 2015, driven by the industrial sector. 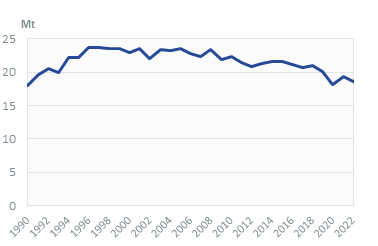 In 2019, transport represented 42% of the oil consumption, industry 35%, and residential services & agriculture 17%. 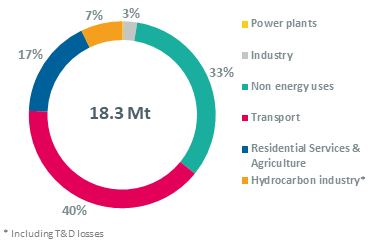 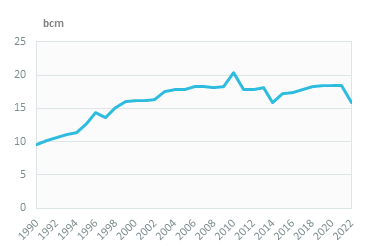 Buildings (residential and services sector) accounted for 37% of total gas consumption; the remaining amount is consumed in industry (35%) and in electricity production (25%) (2019). 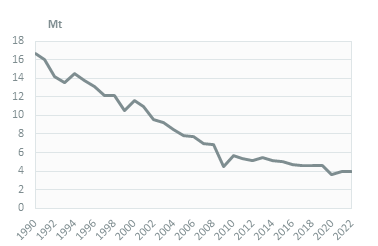 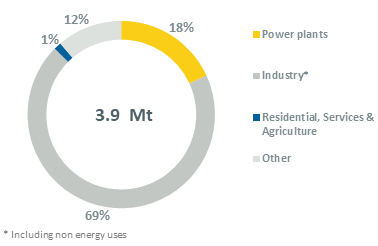 Electricity consumption has remained roughly stable since 2010, at around 83 TWh/year. 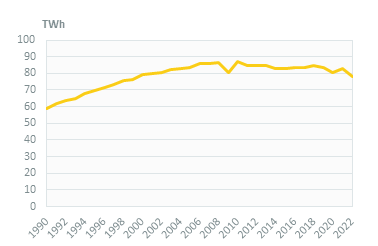 The industrial sector accounts for 47% of the country's electricity consumption, compared to 26% for the services and 22% for the residential sectors (2019). 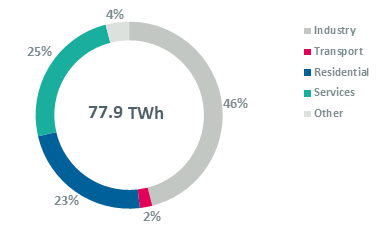 In accordance with the European Directive on renewables, the national target is to increase the share of renewables in final consumption to 13% in 2020 (including 10% in transport, nearly 12% in heating and cooling and nearly 21% in electricity) (9.4% reached in 2018).