View all macro and energy indicators in the Argentina energy report

Per capita consumption in Argentina (1.6 toe/cap in 2020) is the second highest in South America after Chile. These higher levels are mainly due to space heating needs. Electricity demand per capita is around 2 700 kWh/cap (2020).

View the detailed fondamentals of the market at country level (graphs, tables, analysis) in the Argentina energy report

Transport absorbs about 43% of that consumption. 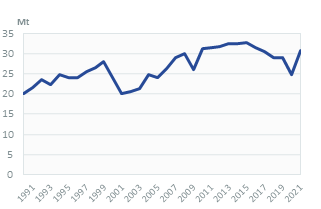 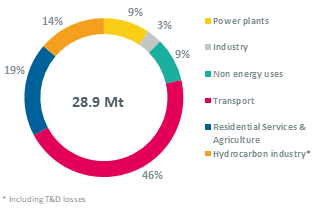 Electricity production absorbs 38% of that consumption, followed by the residential and tertiary sector, which consumes 24%, and the industrial sector. Transport represents 4% of gas consumption. 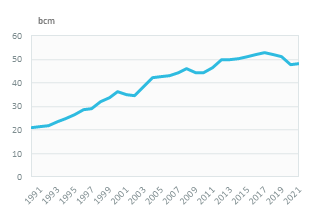 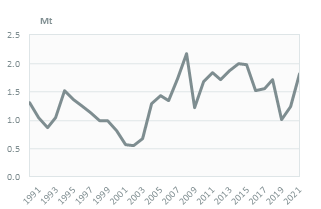 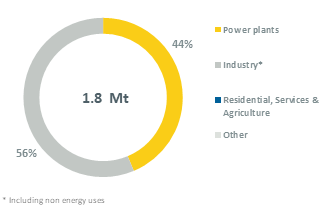 The residential sector is the largest electricity consumer (38%), ahead of industry (37%) and services (24%). The services sector share has been largely stable since 2005, while households have been gaining share from industry. 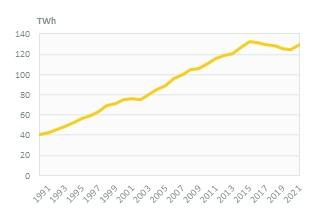 The Renewable Energy Act of 2015 sets the goal of increasing the share of renewables (apart from large hydro) to 12% of electricity production in 2019 (6% achieved), 16% in 2021, 18% in 2023, and 20% in 2025. The law includes an obligation for large consumers (above 300 kW) to achieve these targets individually with fines on large electricity users that do not meet their target.

In 2016, a new law created a fund aimed at financing or buying interests in renewable power projects and enabled power purchase agreements between renewable producers and large consumers.

In the updated version of its second NDC, published in November 2021, the country announced its aim of not exceeding 349 MtCO2 of net GHG emissions by 2030. It is equivalent to a total decrease in emissions of around 21% compared to the historical peak reached in 2007; this level is 28% lower than the target set in the first NDC.