View all macro and energy indicators in the Ukraine energy report

Electricity consumption per capacity is around 2 600 kWh, which is less than half that for Russia. It dropped from its peak level of 4 400 kWh in 1990. 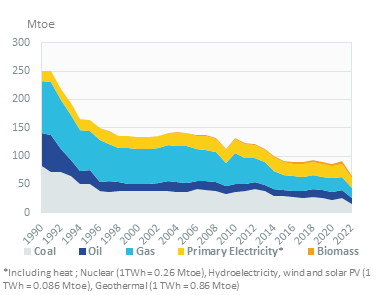 View the detailed fondamentals of the market at country level (graphs, tables, analysis) in the Ukraine energy report

In 2019, around 95% of petroleum products consumed in Ukraine were imported.

Since June 2019, Ukrainian importers must apply to the Russian Ministry of Energy for permission to import.

After falling between 2004 and 2015, oil consumption has remained stable since then at around 10 Mt. 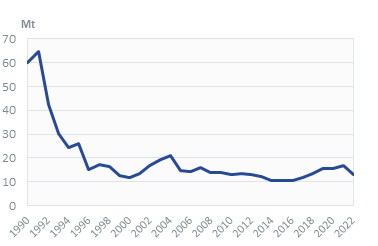 Natural gas consumption has been declining rapidly since 2005 (by an average of 7%/year), reaching 30 bcm. 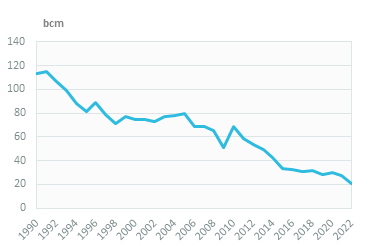 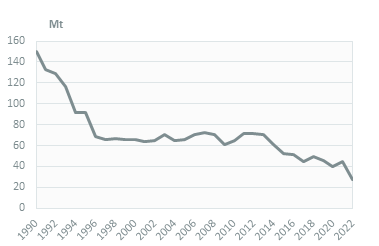 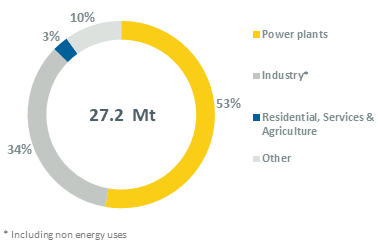 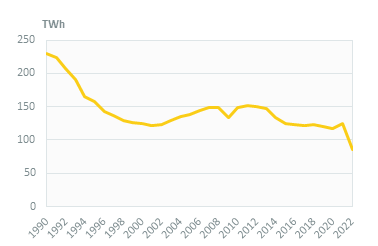 SAEE is also in charge of implementing the policy on renewables and alternative fuels.

Ukraine has the highest CO2 intensity of GDP in constant US$ in the world (almost 10 times the EU value).