View all macro and energy indicators in the Portugal energy report 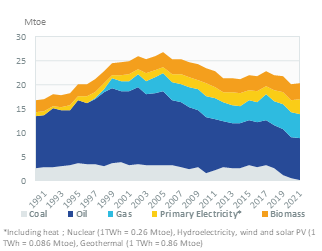 View the detailed fondamentals of the market at country level (graphs, tables, analysis) in the Portugal energy report

The transport sector is the largest oil consumer (57% in 2020), followed by industry (22%, including non-energy uses), buildings and agriculture (10%), and the hydrocarbon industry (8%). 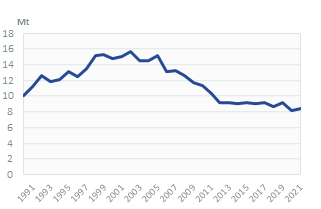 Gas consumption has increased rapidly since 2014 due to an increase in demand from power plants, partly because of lower hydropower availability. In 2018, it decreased by 7% and subsequently increased in 2019 to 6 bcm. It remained stable in 2020.

The share of gas used for power generation has been increasing since 2014 (62% in 2020). Industry accounts for 24% of total gas consumption and buildings for 11%. 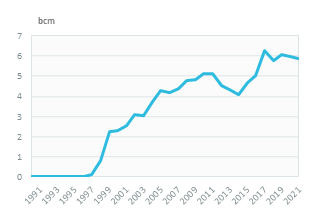 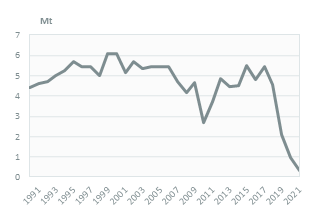 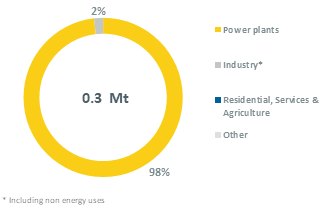 In 2020, industry and services remained the largest electricity consumers with a 34% and 33% share, respectively. Households held a 28% share in power consumption. 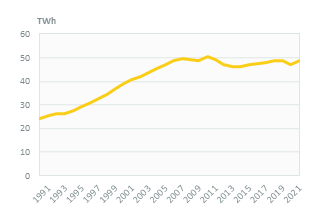 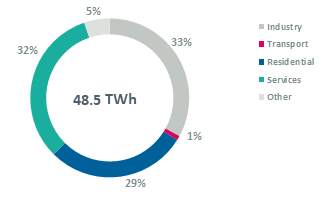 ADENE is also the national agency responsible for renewables.

Portugal's NECP 2030 (2021-2030) sets a target of 47% of RES contribution in final energy consumption (from around 30% in 2020). In the short-term, Portugal's strategy is to launch two new auctions to add injection capacity totalling 2 GW of new renewable capacity. The latest tender was held in 2020 and awarded 700 MW of solar (with most capacity to be asosciated with BESS). The governement also plans to launch a call for 500 MW of new floating solar power capacity in 2021.

The NECP aims to reduce emissions (without LULUCF) by 45-55% in 2030 compared to 2005 levels. Under the Roadmap for Carbon Neutrality 2050 (Roteiro para a Neutralidade Carbónica, RCN 2050), Portugal committed to carbon neutrality by 2050.