View all macro and energy indicators in the Morocco energy report

Per capita energy consumption is 0.56 toe (around 42% below the North Africa average), including around 900 kWh of electricity (38% below the regional average) (2020). 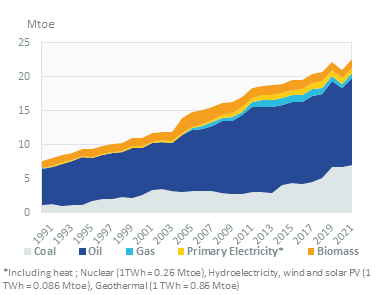 View the detailed fondamentals of the market at country level (graphs, tables, analysis) in the Morocco energy report

The transport sector consumes 48% of oil products, followed by industry (20%) and the residential-services sector (31%). 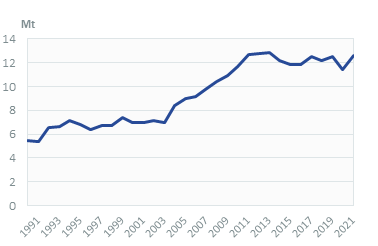 Gas consumption is declining since 2017, when it reached 1.2 bcm, due to the increased competition of coal in the power sector. It increased significantly between 2005 and 2012, after the commissioning of the Tahaddart and Tarfaya plants. Gas consumption was around 0.8 bcm in 2020.

The power sector accounted for 89% of gas consumption in the country in 2020, the rest being consumed by industry (11%). 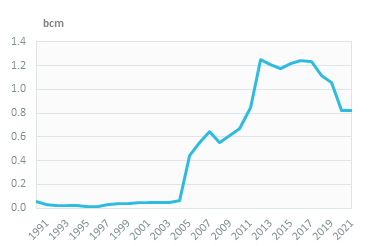 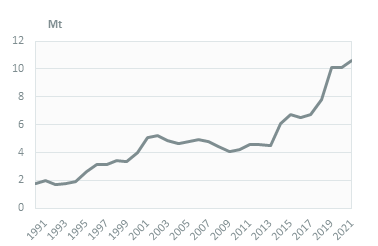 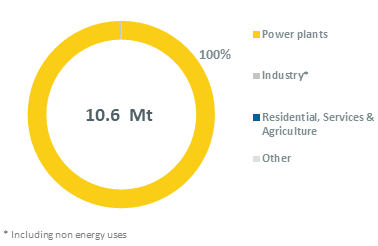 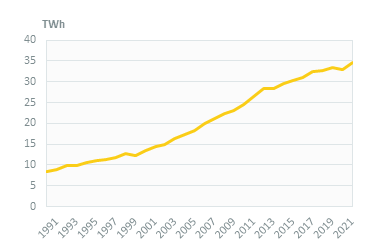 Masen, the Moroccan Agency for Sustainable Energy, was established in 2010 to manage developments of solar power. Its responsibilities were extended in 2016 to coordinate all renewable projects, including wind and hydro. ONEE and AMEE will gradually transfer to Masen all projects and assets related to renewables over a transitional period of 5 years.

Morocco ratified the Paris Agreement in 2016 and submitted its updated NDC in 2021, which sets an unconditional target of an 18.3% reduction in GHG emissions by 2030 (compared to a BAU projection, 17% in previous NDC). The country will have to invest US$18bn to reach this goal. Morocco could commit to an additional 27% target on condition of international financial support of around US$21.5bn. The action plan consists of 61 options, 34 of which are unconditional. Electricity production and industry are the main contributors to the effort (35% and 30% respectively).