View all macro and energy indicators in the Luxembourg energy report

The country's consumption per capita reached 6.4 toe in 2019, which is almost twice as high as the EU average; electricity accounts for about 10.2 MWh, which is around twice the EU average. Part of this high consumption is linked to steel production and to fuel tourism for motor fuels. 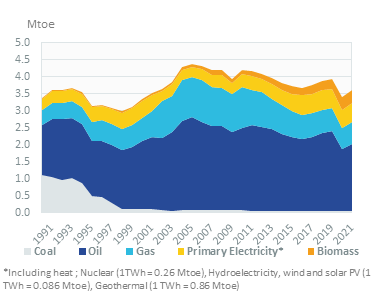 View the detailed fondamentals of the market at country level (graphs, tables, analysis) in the Luxembourg energy report

Oil products are mainly imported from Belgium and amounted to 2.9 Mt in 2019.

To achieve its 2030 target, Luxembourg intends to use cooperation mechanisms already in place with the others EU countries to statistically buy a part of their renewable energy production. 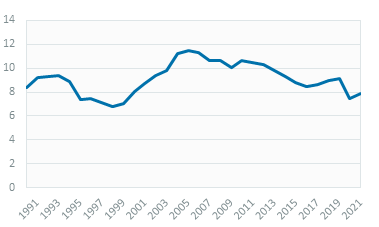