View all macro and energy indicators in the Indonesia energy report

View the detailed fondamentals of the market at country level (graphs, tables, analysis) in the Indonesia energy report

Transport absorbs 63% of that consumption; the remainder goes to the residential, services, and agriculture sector (15%), industry (8%), electricity production (4%), the hydrocarbon sector (4%), and other uses (6%). 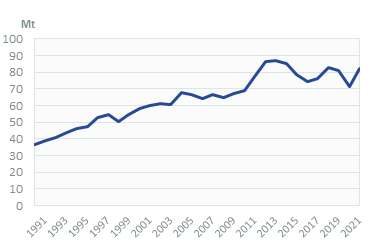 Industry is the largest consumer of gas 46%, and is followed by power generation (30%) and the hydrocarbon sector (oil and gas extraction and LNG plants) with 24%. 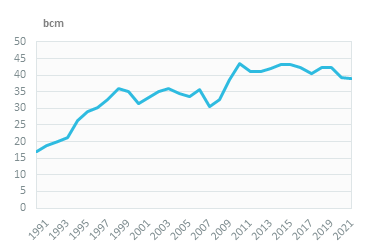 The electricity sector accounts for 77% of coal and lignite consumption and the remainder goes to industry. 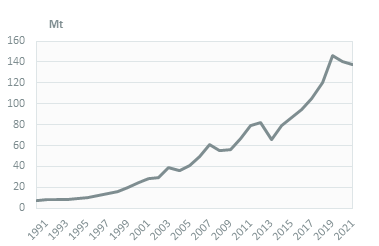 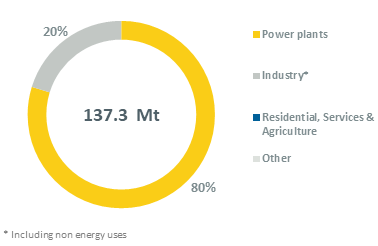 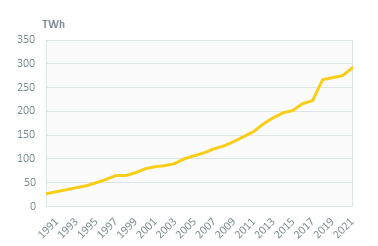 EBTKE, the Directorate General (DG) for New Energy, Renewable and Energy Conservation, focuses on renewables in power generation, whereas the DG of Electricity sets the FiT and the ceiling price for power from renewable sources.

In its first NDC, Indonesia has committed to reducing GHG emissions by 29% by 2030 (conditional target of 41% if global agreements are reached such as bilateral co-operations, technology development and transfer, financial help, etc.). The NDC was updated in July 2021 but kept the same targets.

In the Long Term Strategy for Low Carbon and Climate Resilience 2050 (LTS-LCCR 2050), Indonesia plans to reach net-zero emissions in 2060.