Total consumption has increased by 2%/year since 2012.

Biomass covers 94% of the country's energy needs. Although it has a large surplus of firewood, the eastern part of the country, which is more populated, is subject to fast deforestation, just like the periphery of the cities. 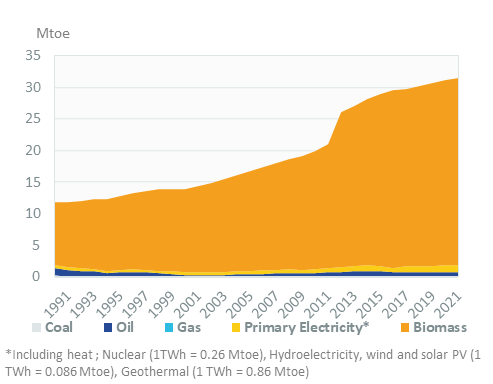 View the detailed fondamentals of the market at country level (graphs, tables, analysis) in the Congo DR energy report

Since the closure of the SOCIR refinery in 2001, all the crude oil production is exported.