View all macro and energy indicators in the Angola energy report 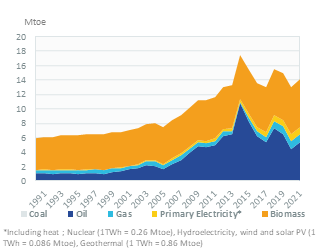 View the detailed fondamentals of the market at country level (graphs, tables, analysis) in the Angola energy report

In 2015, Angola submitted its Intended Nationally Determined Contribution (INDC) with the commitment to reduce its GHG emissions by up to 35% by 2030 as compared to a BAU scenario. Under a conditional mitigation scenario, the country could further reduce its emissions trajectory by 50% below the BAU scenario. Identified mitigation actions focus mainly on the development of renewables for electricity generation and on reforestation. Angola has not yet ratified the Paris Agreement.