View all macro and energy indicators in the Albania energy report 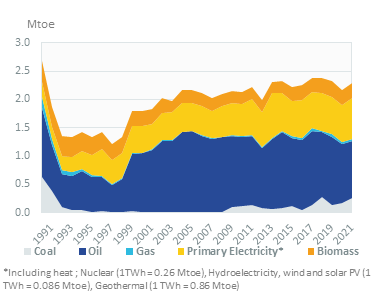 View the detailed fondamentals of the market at country level (graphs, tables, analysis) in the Albania energy report

In October 2021, the country updated its NDC setting in which it committed to reduce GHG emissions by 20.9% compared to a BAU scenario; this corresponds to a level of emissions of around 12 MtCO2eq in 2030. The previous target was a reduction of 11.5%.

Albania is also pursuing the implementation of the EU-ETS by 2030. The measures on monitoring, reporting, and verification of GHG emissions, implemented by the climate law of October 2021, are important steps toward this objective.