Per capita consumption reached 6.7 toe/cap in 2019, which is about 60% higher than the OECD average, including 12 MWh/cap of electricity.

The country's total consumption has remained relatively stable since 2010, it has declined slightly, by 1%, to 2.2 Gtoe, after a 3% rise in 2018. The United States is the 2nd largest energy consumer in the world, since it was overtaken by China in 2009.

Oil production (crude and NGL) has increased by an average of 11%/year since 2016, reaching 746 Mt. The United States is the largest oil producer in the world. Oil production is concentrated in onshore Texas, around the Gulf of Mexico, North Dakota, California, and Alaska.

The recent upwards trends are mostly linked to the production of non-conventional oil, which has experienced a significant increase (+60% to 351 Mt in 2019). Non-conventional sources currently account for close to 50% of total oil production. 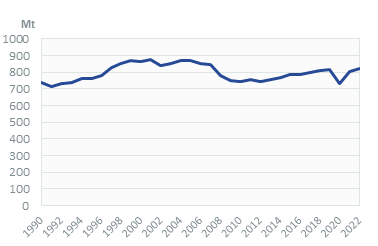 Gas consumption started increasing at an average rate of 2%/year in 2006 before rising sharply by 14% since 2017, to a record 883 bcm. That increase is largely due to fuel switching from coal because of lower gas prices. 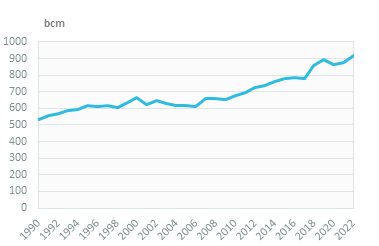 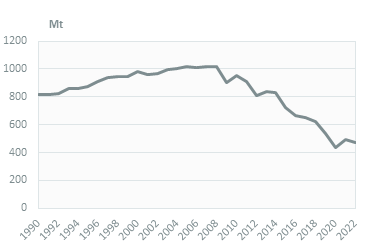 The power sector accounts for most of the coal consumption (92%); the rest of the energy sector and industry consume the remainder. 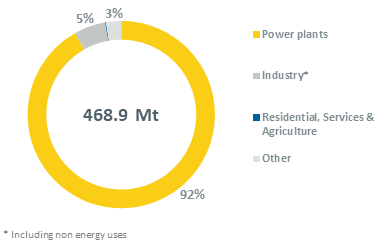 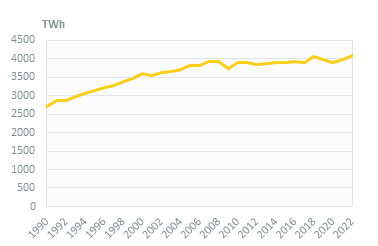 The main consuming sectors are the services and residential sectors (76%), followed by industry (20%). 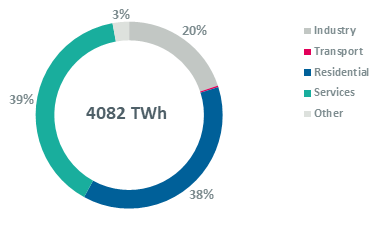 In 2016, the US (representing around 18% of global GHG emissions) formally ratified the Paris agreement on climate change. However, the current administration formally notified the UN of its intention to withdraw from the Paris Agreement in November 2019, which will take effect in November 2020. In 2020, the US Senate Democrats proposed a $US400bn/year climate plan which would cut the country's GHG emissions in half by 2050.