View all macro and energy indicators in the Sweden energy report 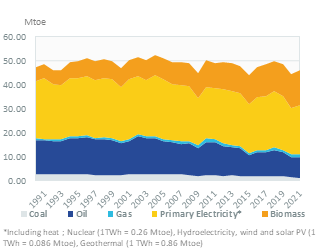 View the detailed fondamentals of the market at country level (graphs, tables, analysis) in the Sweden energy report

The country has a refining capacity of 440 kb/d distributed over five refineries and is a net exporter of refined products (around 1.5 Mt in 2020). Sweden has a total oil storage capacity of 95 kb distributed over about 30 storage facilities across the country (of which around 73 kb for refined oil products and 22 kb for crude oil). 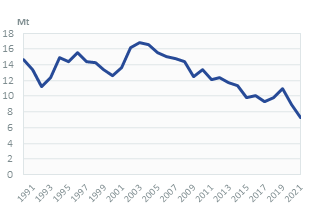 Transport accounted for 56% of oil consumption in 2020 and industry for 27%, while the share of the residential-services-agriculture sector stood at 7%. 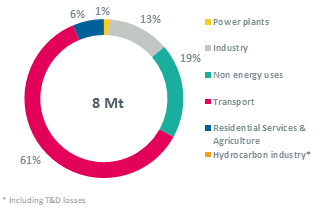 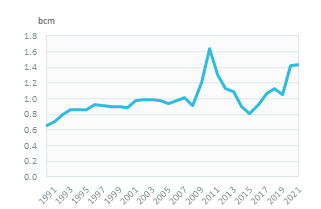 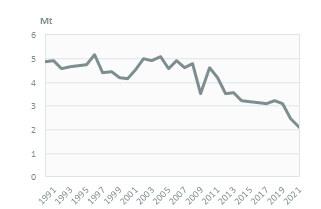 Industry (mainly steel) accounted for 64% of the consumption in 2020, while the power sector represented 17%. 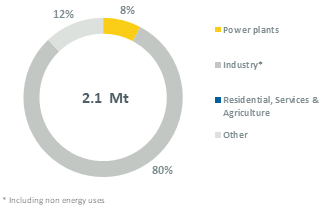 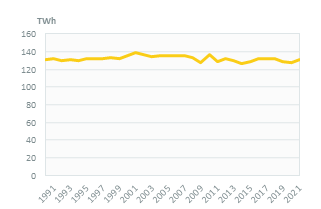 Industry consumption represents 39% of total electricity consumption; the remainder is divided between households (37%) and services (19%) (2020). 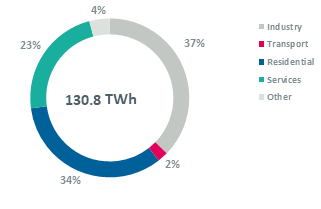 STEM is also in charge of implementing the renewable energy policy and is the accounting authority for certificates and guarantees of origin since 2015.

GHG emissions (excluding LULUCF) decreased by 6.8% in 2020 to reach 47.4 MtCO2eq, according to preliminary data from the Swedish Environmental Protection Agency. The country's GHG emissions have decreased on average by 1.7%/year since 1996, when they were 77 MtCO2eq. In total, Sweden's GHG emissions are 34% lower than in 1990.