Total energy consumption increased very rapidly between 2006 and 2014, driven by rapid economic growth at an average rate of 6.9%/year. Since then, it has increased much more slowly, by 2.3%/year, reaching 25 Mtoe in 2018. 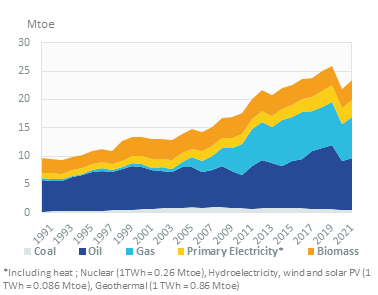 The Nor-Peruano pipeline (854 km), with a capacity of 200 000 bbl/d and which transports oil from Saramuro (Loreto) to the port of Bayovar (Piura), began operations in 2017 after one year of inactivity following damages inflicted by third parties in 2015.

The Renewable Energy Law 1002 (2008, updated in 2010) set an auction process for the development of renewables. A twenty-year power purchase contract is awarded in a reverse auction process through bidding against other renewable projects on a technology basis. The tender process applies to biomass, geothermal, hydropower (up to 20 MW), solar thermal and photovoltaic energies. Osinergmin sets maximum tariffs for renewables. 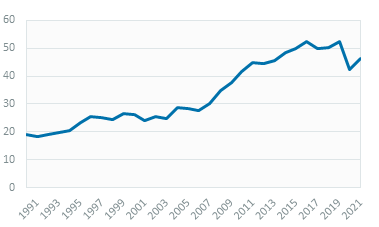