View all macro and energy indicators in the Germany energy report

Germany is the largest energy consumer in Europe. Total consumption decreased by 1.2%/year between 2016 and 2019 to 296 Mtoe. 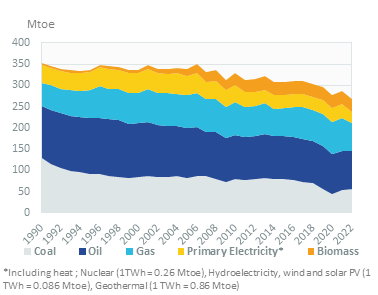 View the detailed fondamentals of the market at country level (graphs, tables, analysis) in the Germany energy report

Germany has 12 refineries in operation with a total capacity of 2.1 mb/d. Diesel and heating oil account for 41% of the production of oil products. Germany imported 42 Mt of refined products, mainly from the Netherlands and Russia (45% and 20%, respectively, in 2019).

Since 2012, the consumption of oil products remained relatively flat at around 100 Mt/year. 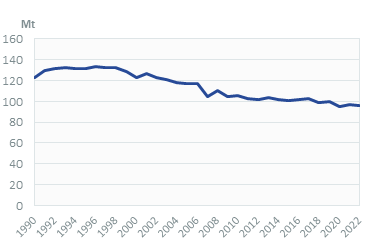 More than half of oil products are consumed in transport (58%). Industry accounts for 20% of consumption and buildings 17% (2019). 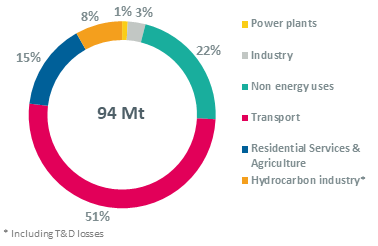 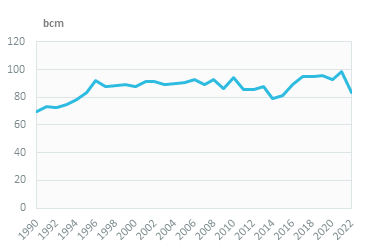 In 2019, buildings (residential, services, and agriculture) accounted for 43% of the gas consumption; this is trailed by the industrial (30%) and power sectors (23%), while the latter represented 29% of gas consumption in 2010. 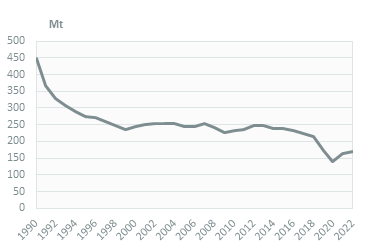 The power sector absorbs 83% of coal and lignite consumption and industry accounts for 11%. 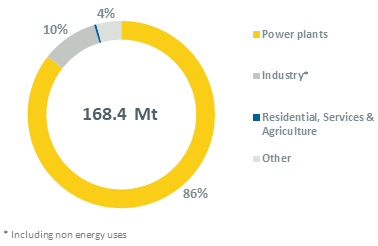 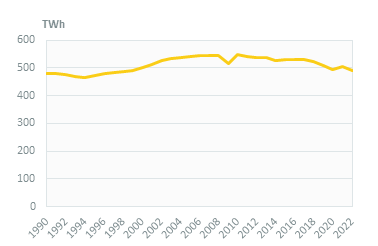 The Federal Office of Economics and Export Control (BAFA), within BMWi, is the agency that funds the development of renewables.

In December 2019, Germany's Climate Action Programme 2030 received final approval from the upper house of the parliament (Bundstrat). The programme aims at a 55% cut in GHG emissions by 2030 compared with 1990. The text prescribes how much CO2 each sector (energy, industry, transport, buildings, agriculture, waste, and others) can emit each year between 2020 and 2030. The Climate Protection Act would oblige the responsible ministries to take immediate action in event that sectoral emissions exceeded the planned level.