View all macro and energy indicators in the France energy report 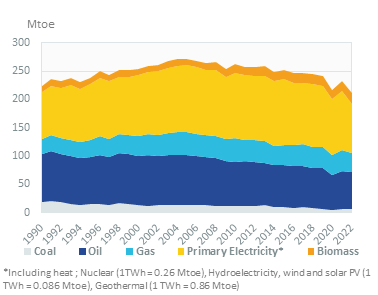 View the detailed fondamentals of the market at country level (graphs, tables, analysis) in the France energy report 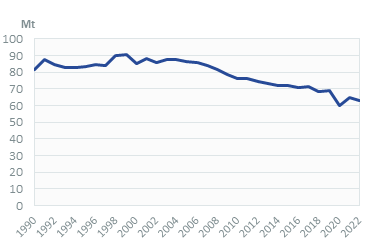 The share of oil is focused on captive uses, namely the transport sector, with a 59% share of oil consumption, up from 50% in 2000. 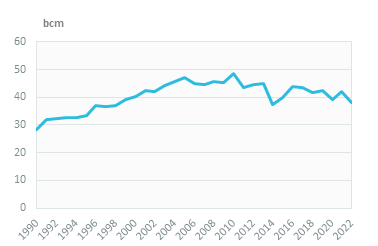 Since 2010 and following the adoption of the new thermal regulation for buildings (RT 2012), natural gas has replaced electricity as the largest energy source for heating in new buildings. 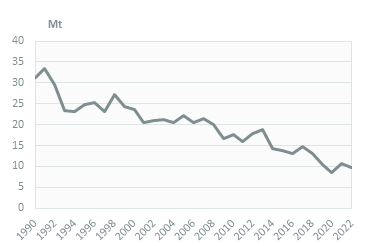 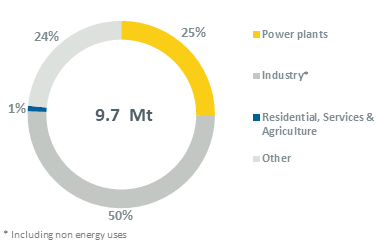 The country's electricity consumption declined by 4.5% in 2020. Previously, it fluctuated around 440-450 TWh depending on weather conditions (because of the high penetration of electric heating systems, i.e. around 1/3 of homes). 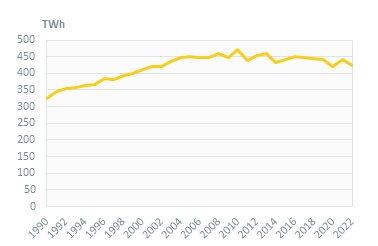 The Energy-Climate Act (2019) has set 2050 as a deadline to achieve domestic carbon neutrality. The last coal-fired power plants will be closed by 2022. In addition, the Act targets a 40% reduction in the consumption of fossil-fuels by 2030.