Once again, the European Commission has renewed its trust in Enerdata with the new Odyssee-Mure project.

This European project is part of the LIFE programme. It relies on two regularly updated online databases with the support of a network of national teams from the Member States:

The new Odyssee-Mure 2022-2025 project starts this October with some new features:

The next updates of the Odyssee and Mure databases are scheduled for March and December 2023 respectively.

Learn more about the Odyssee-Mure project

The Odyssee database on energy consumption, its drivers and energy efficiency indicators has been updated to 2017 for all EU countries, Norway, Serbia and Switzerland (and 2018 for some countries).

Four data tools available on the Odyssee-Mure website have been updated:

The Odyssee-Mure network will also organise several trainings on energy efficiency monitoring and evaluation until 2021. A first session has already been organised in December 2019 in Berlin (presentations available here). 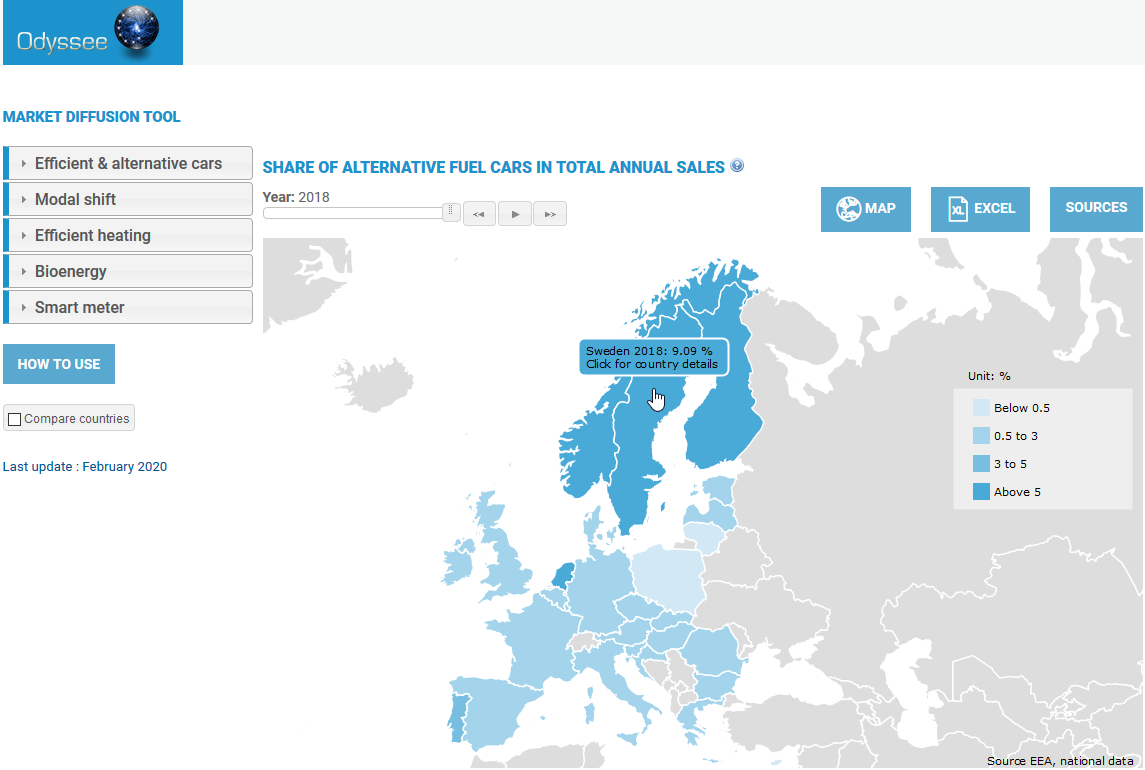 The new Odyssee-Mure 2019 -2021 project started last June for a period of 3 years. As part of this new project, Enerdata aims to provide two updates per year of the Odyssee database, one based on statistical data (most often available for year N-2) and the other on estimates of indicators for year N-1. Enerdata is also in charge, in collaboration with Fraunhofer ISI, of redesigning the Mure database. Finally, Enerdata will develop new indicators to include the influence of societal trends on energy consumption, such as fuel poverty or energy efficiency.

The next updates of the Odyssee and Mure databases are planned for November and December, respectively.