Emerging opportunities for investors in Mozambique

Mozambique has large resources of coal and natural gas. In recent years, large reservoirs of natural gas have been found in particular in the Rovuma basin and gas resources are estimated at around 5 000 bcm i.e. more than twice the Qatari resources. Since December 2012 Eni has made several important gas discoveries and the company expects to spend €3.1bn during 2012-2015 and plans to invest €50bn to develop its gas finds in Mozambique.

At 212 Mt (2012) the country's coal proved reserves are significant. The country has relatively large known deposits at Moatize-Minjova, Senangoe and Mucanha-Vuzi; in the Tete Province. Production at the Moatize coal mine is expected to increase strongly. Vale, the company which exploits the mine, plans to produce 22 Mt of coal by 2015 and has developed infrastructures to export up to 24 Mt. 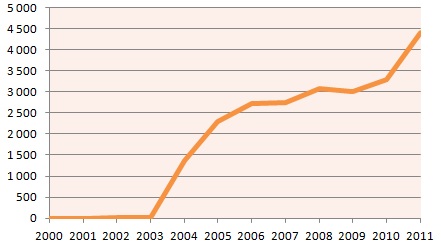 ONGC, OIL close acquisition of stake in Rovuma gas field (Mozambique)
Indian companies have completed the acquisition of 10% interest in the Rovuma Area 1 offshore Block in Mozambique by acquiring 100% shares of Videocon Mozambique Rovuma 1 Ltd, the company holding the 10% stake in the Area 1, from Videocon Mauritius Energy Limited. Read more