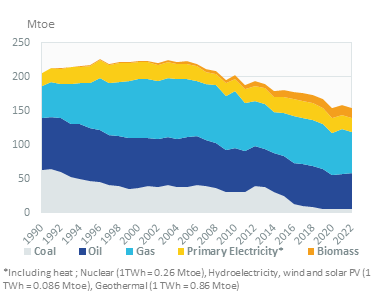 View the detailed fondamentals of the market at country level (graphs, tables, analysis) in the United Kingdom energy report 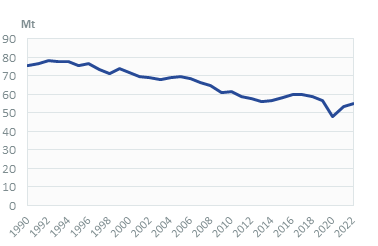 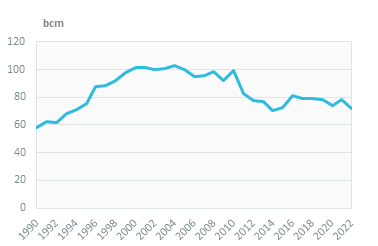 Coal consumption dropped by almost 90% between 2012 and 2020 to 8.2 Mt because of the closure of numerous coal-fired power plants. 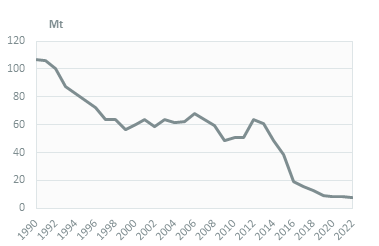 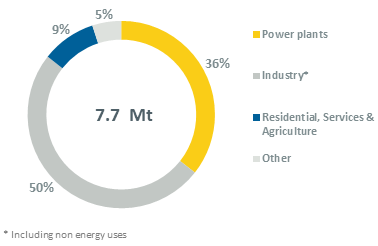 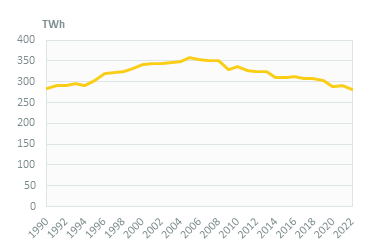 The electricity consumption split between sectors was impacted by the Covid-19 pandemic: households are the main electricity consumers (38%, + 4% points compared to 2019) followed by industry (29%, -1% point) and services (28%, -2% points).

In October 2021, the country vowed to reach 100% of its power from emission-free sources by 2035. The new target, which has not yet been included in a government plan, could be achieved through in advances wind power and other renewable sources.