Total energy consumption per capita is very high (the 6th highest worldwide in 2019) and represents 8.2 toe in 2019. Per capita electricity consumption is also very high at 12.7 MWh in 2019 (8th highest in the world). 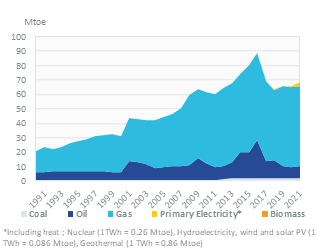 View the detailed fondamentals of the market at country level (graphs, tables, analysis) in the United Arab Emirates energy report

The country exports around 60% of its production, almost exclusively to Asia and the Pacific region (mainly to Japan).

The UAE targets to cover 44% of its energy consumption with renewables by 2050 (Energy Strategy 2050).

The UAE Government has set a GHG emission reduction target of 15% by 2021 to respect one of the goals of the UAE Vision 2021, and a target of 70% by 2050 in the Energy Strategy 2050. UAE's NDC does not specify quantitative reduction targets. 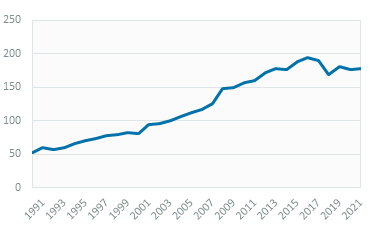