View all macro and energy indicators in the Pakistan energy report 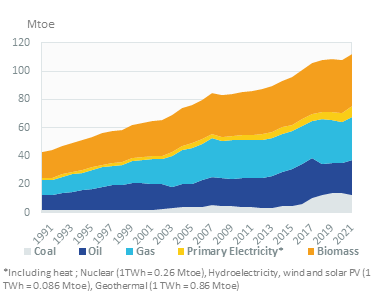 View the detailed fondamentals of the market at country level (graphs, tables, analysis) in the Pakistan energy report

AEDB, Alternative Energy Development Board, is the national agency for the promotion of renewables.

A new Alternative and Renewable Energy (ARE) Policy was published in 2019, which includes a target of at least 20% of alternative and renewable energy (excluding hydroelectricity) in the power capacity in 2025 and 30% in 2030. With hydropower, this corresponds to a share of 60%. In 2020, Pakistan announced its intention to reach 27 GW of solar by 2047.