The country's total energy consumption remained stable at normal climate between 2012 and 2017 (around 28-29 Mtoe), but has been decreasing by 3%/year since then; actual consumption has strong fluctuations according to weather conditions, as electricity is the main energy source for space heating. 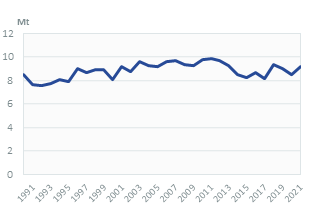 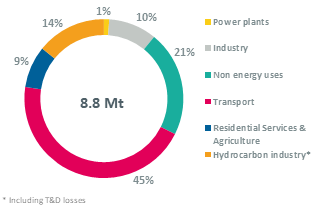 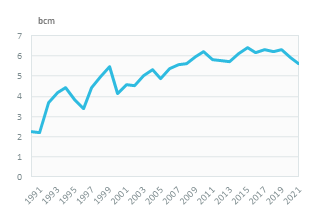 Around 75% of the gas is used in the hydrocarbon sector. 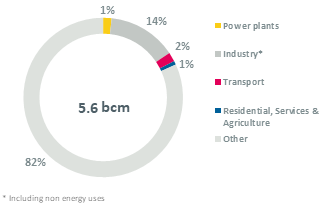 Coal consumption is relatively low and has remained roughly stable since 2010, at 1-1.2 Mt/year. Coal is mainly used in the metallurgical industry that represents more than 90% of the demand. 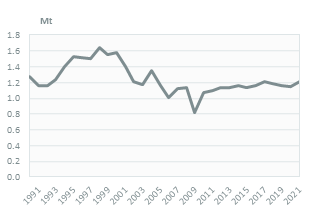 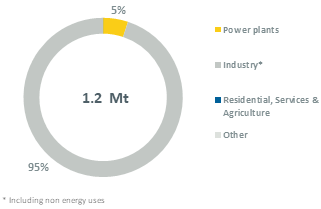 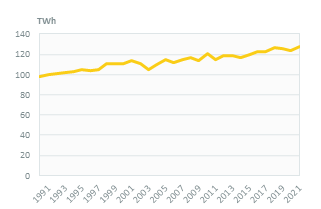 Industry accounts for 37% of the electricity consumed, while the remainder is divided between the residential sector (32%) and the tertiary sector (21%) (2019).

Norway and Sweden have a common green certificate market since 2012 with the target of raising electricity generation from renewables by 28.4 TWh (equally divided between the countries) over 2012-2020. This renewable obligation contributes to the combined target of 40 TWh of renewables and energy savings in 2020.