View all macro and energy indicators in the Lebanon energy report 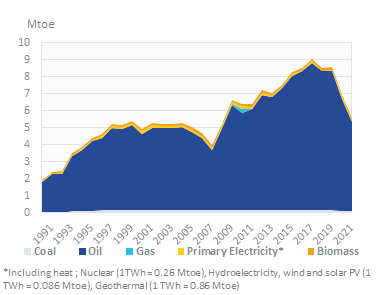 Oil accounts for 94% of the country's overall consumption, biomass for 2%, coal for 2%, and primary electricity for 2%.

View the detailed fondamentals of the market at country level (graphs, tables, analysis) in the Lebanon energy report

Lebanon does not have refining capacity. The country's two refineries (Tripoli in the north and Zahrani in the south) were both closed in 2005. 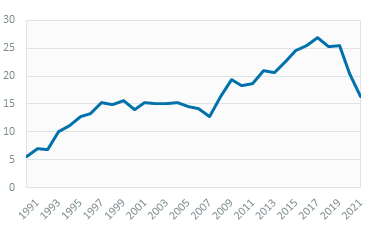