View all macro and energy indicators in the Hungary energy report 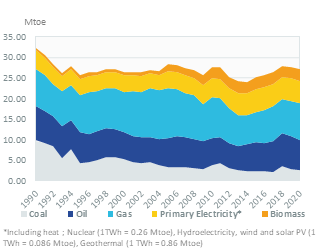 View the detailed fondamentals of the market at country level (graphs, tables, analysis) in the Hungary energy report 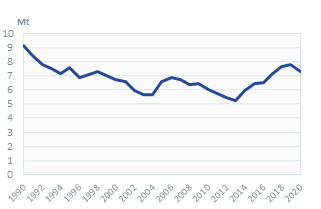 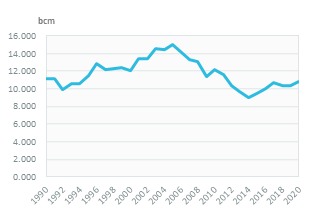 Coal and lignite consumption halved between 1990 and 2020, from 22 Mt to 7 Mt, in line with the demand from power plants, as most of the coal and lignite is used in the power sector (86%). 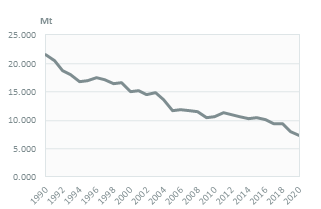 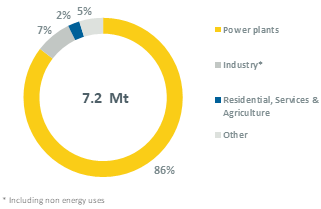 The National Energy and Climate Plan set a target of 21% of renewables in final energy consumption by 2030, of which 21% for electricity, 29% for heating and cooling, and 17% in transport.

In 2020, the parliament adopted a law to achieve carbon neutrality by 2050. In the medium term, the country is committed to a binding GHG emission reduction target of at least 40% by 2030 compared to 1990, as in other EU countries.