View all macro and energy indicators in the Colombia energy report 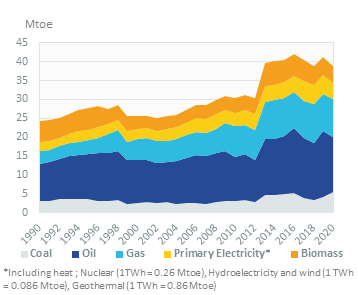 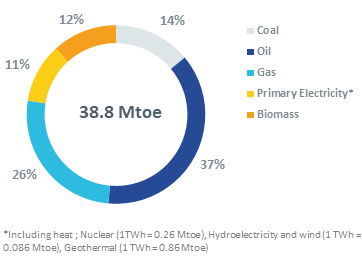 View the detailed fondamentals of the market at country level (graphs, tables, analysis) in the Colombia energy report

The OCENSA, Cano Limon and Alto Magdalena oil pipelines connect the fields of Cusiana-Cupiagua, Cano Limon and Neiva fields, respectively, to the Caribbean port of Covenas.

According to its NDC, Colombia has pledged to cut GHG emissions by at least 20% in 2030 compared to a BAU scenario, a target that could be raised to 25% or 30%, if it receives financial backing from the international community.