View all macro and energy indicators in the Algeria energy report

Compared to other developing countries with a similar development level, Algeria's consumption is high (1.3 toe per capita), partly because of consumption and losses in the energy sector (oil & gas production and LNG plants, mainly). Electricity consumption per capita reaches 1 500 kWh (2020).

View the detailed fondamentals of the market at country level (graphs, tables, analysis) in the Algeria energy report 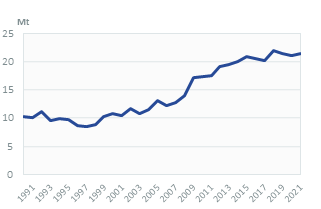 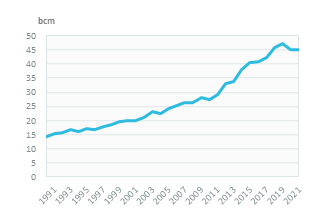 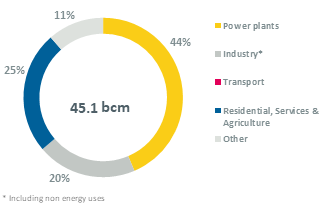 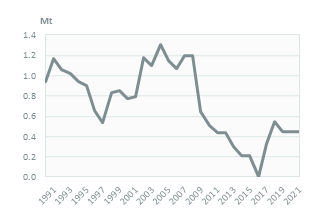 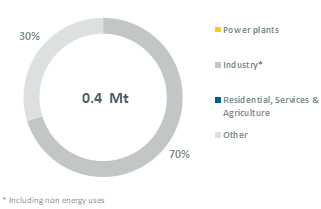 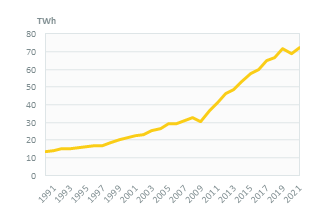 The residential sector accounts for 32% of electricity consumption, followed by industry with 30% and services with 23% (2020).

In the framework of the new Programme for the Development of Renewable Energy, adopted in 2015, the Government raised the target for renewables to 22 GW by 2030; they will represent 37% of installed capacity and should cover 27% of the country's electricity supply. The bulk of this new capacity should come from solar PV (13.6 GW), followed by wind (5 GW), solar CSP (2 GW), and biomass (1 GW). This development of renewables should save 300 bcm of gas by 2030 (or 8 times the 2014 gas consumption).

In its NDC, the country announced its aim to reduce GHG emissions by 7% by 2030 compared to a BAU scenario, which could be raised to 22% under the condition of access to new financial resources from bilateral and multilateral partners, as well as clean technology transfer on concessional and preferential terms.

CO2 emissions from energy use contracted by 9% to 135 Mt in 2020 due to reduced energy demand in the context of COVID-19. Emissions had previously increased by 5%/year since 2010.