For a better coordination of climate and energy policies through the regulation on the Governance of the Energy Union.

Enerdata collaborated with the Institute for Climate Economics (I4CE) to produce the report titled: Mind the gap: Aligning the 2030 EU climate and energy policy framework to meet long-term climate goals.

Produced within the framework of the COPEC II research program, the publication provides an analysis of the interaction between European energy and climate policies, based on both historical data (back to 2005) and projections (up to 2030). The report also offers recommendations to mitigate counteractive interactions between policies and build a climate and energy framework consistent with the Paris Agreement before 2030.

The key findings of this report are: 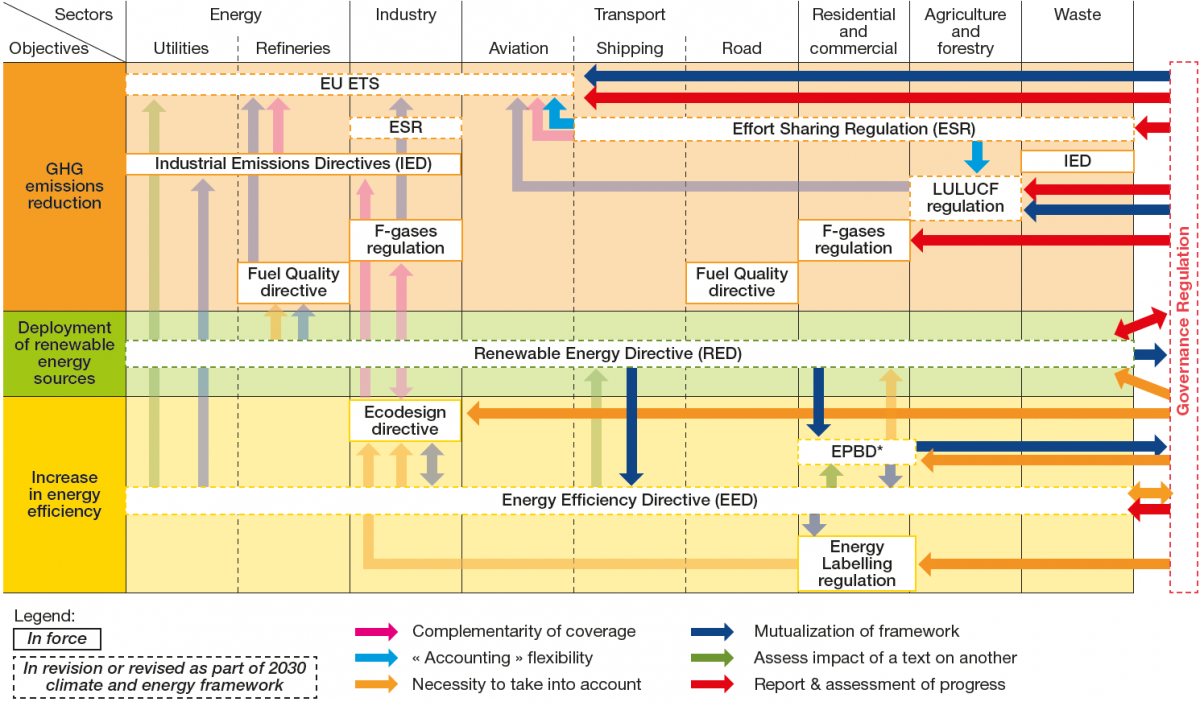 Make your colleagues and friends benefit from this analysis: Mind the gap: Aligning the 2030 EU climate and energy policy framework to meet long-term climate goals.