This analysis was written by Emilien Carraz, Senior Energy & Climate Analyst at Enerdata

Paris Agreement’s signature date, in December 2015, may seem both near and distant from now on; near as 2025 anniversary date has not been met yet, and the global GHG emissions curve does not reflect a real disruption in our lifestyles, except for the exceptional 2020s year. But, distant as well as lots of groundworks have been done by Governments, Institutions and Corporates to fix ambitious climate objectives to reach the overarching Paris Agreement goal.

As a transverse and interconnected sector, financial industry is essential for the global economic stability and for the climate journey to Net-Zero by 2050 objective. But challenges are tremendously high. In a landmark speech (2015)1, the former Bank of England’s Governor Mark Carney highlighted the “Tragedy of the Horizon” between the short-term horizon of financial actors and mid to long-term horizon of climate science, jeopardising the whole financial stability. Nevertheless, Mr. Carney closed its speech with a call for a “virtuous circle of better understanding of tomorrow’s risks, better pricing for investors, better decisions by policymakers and smoother transition to a lower-carbon economy.”

Climate scenario analysis has now become an increasingly popular tool used by financial actors. Specifically, financing institutions use climate prospective scenarios to assess both risks and opportunities related to the transition journey (climate mitigation) and physical risks (climate adaptation). The utmost objective aims at integrating climate-related impacts projected by the scenarios in the valuation of the expected revenues and losses of asset classes.

Outstripping regulation, financial institutions are working in all directions to upskill in energy-climate issues, a research field traditionally reserved for the academic world and energy companies (e.g., Shell scenarios). We even observe an acceleration of capacity building in climate finance and prospective modelling thanks to the creation of the Network of Central Banks and Supervisors for Greening the Financial System (NGFS) in 20174. Within five years and with the support of 114 members now, the NGFS enabled to build bridges between academic and financial worlds through the publication of recognised climate scenarios.

Despite the current effervescence around climate scenario analysis in the financial sector, the area of expertise is still lacking standardisation for a true complex prospective exercise. A Complexity that is declined on several aspects:

Complexity and limits of the models generating climate scenarios

Last, but not least: the need for granular sectoral and geographic data

This analysis focus on this latter issue to better understand where the current needs of financial actors on data stand: the true lifeblood for assessing risks and opportunities in the transition journey.

First, the study details a simplified overview of the climate scenario analysis framework in the financial sector, following the three dimensions of the interactions between the climate and socio-economic systems: 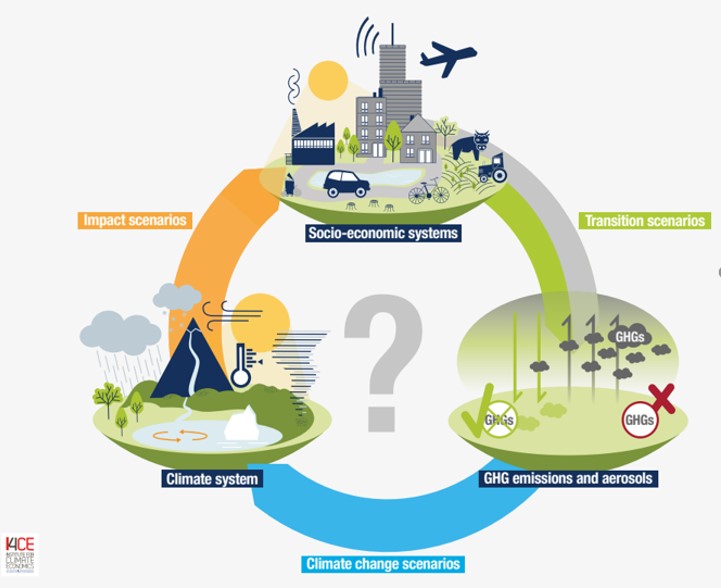 Then focus is put on the Climate Financial Transition scenarios (CFT scenarios): their objective and their building process and components.

After that, the analysis details how CFT scenario methodologies and tools are flourishing, while they are still facing high challenges for input data and output comparability.

To conclude, the study suggests the directions required to improve CFT building process and data availability, through a benchmark for macroeconomy / energy scenario modelers. 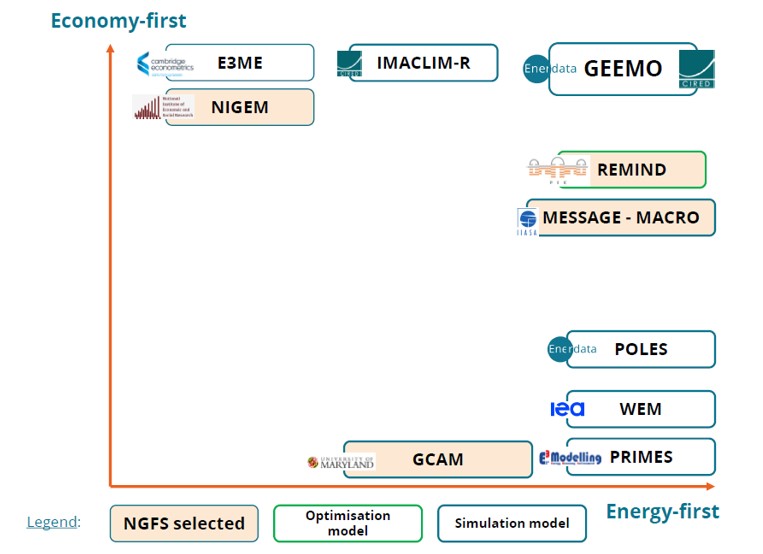 Make your colleagues and friends benefit from this analysis: Economy-Energy-Climate scenario analysis for the financial sector.