11 Oct 2018
...but decarbonisation challenge remains to be tackled

Concerns about climate change — and the related goal of reducing carbon dioxide emissions — have major implications for development pathways available to emerging countries. Climate change mitigation creates challenges for these countries by forcing them to consider the environment, not just the economy, in their development efforts.
Most of the countries of Southeast Asia (except for Singapore and Brunei) are in this category of developing countries. Populations in the region are rapidly increasing, and national economies are growing — both of which are expected to continue with steady growth in the coming decades. These two trends will surely be accompanied by increasing energy demand, hence requiring the region to refocus on developing its energy infrastructure while trying to comply with environmental constraints.

The population of Southeast Asia increased 23% from 2000 to 2017, reaching about 700 million people. The growth is likely to continue — with an expected 20% further increase by 2050. Moreover, the region’s GDP has grown at an average rate of over 5% per year since 2000, and is expected to continue at roughly 3.5% per year through 2050.
The primary energy consumption of Southeast Asia is following a parallel upward trend, rising on average 3% per year. The trend should continue at an expected 2% per year until the middle of the century, resulting in total energy consumption roughly doubling between 2017 and 2050, to almost 1.6 Gtoe in 2050, according to Enerdata’s EnerBlue scenario (see Box below).
The energy intensity of GDP (which is the ratio between primary energy demand and GDP) is expected to continue decreasing over the coming decades, but at a less promising pace than in the past: by 1.3% per year until 2050 compared to around 2% per year since 2000 (Figure 1).

In non-OECD countries, the average decrease for energy intensity of GDP will be around 2.6% per year until 2050, which is twice as much as what is expected from Southeast Asia in our NDC-compatible scenario.

It appears the NDC targets are not very ambitious in terms of energy consumption, with not only a much slower energy intensity reduction than the average promised by non-OECD countries, but also slower than the recent trend in the region.

As illustrated in Figure 2, the share of electricity in the region’s final energy consumption, which rose from 12% in 2000 to around 17% in 2017, should reach more than 30% by 2050.
This increase is due to two factors:
• First, as the countries in Southeast Asia develop, their electrification rate improves, and a higher share of their populations will have access to electricity.
• Second, several sectors of the economy will evolve toward a more electricity-dependent mix, driven by a soaring demand in end-uses for which electricity is not substitutable (e.g. information and communication technologies and air conditioning in the service industry, along with household appliances).

Considering the expanding electricity demand described above, we can see that the power sector should play a determining role in the region’s decarbonisation efforts. However, environmental concerns may also compete with other considerations, such as security of electricity supply and electricity affordability.
According to the EnerBlue scenario, the share of coal in the region’s power mix will remain stable through 2050 at current levels: approximately 35% of total generation. Wind and solar combined will account for 15% of the total power generation in 2050, from almost 0% today. Meanwhile, gas-fired generation will drop from about 40% in 2017 to 22% in 2050. 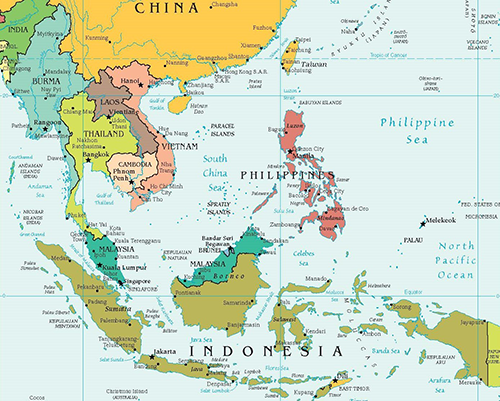 Figure 4: If Coal Maintains Relative Share of Electricity Generation (As Expected), Decrease in Power Sector CO2 Emissions Will be Limited

EnerGreen scenario definition:
The EnerGreen scenario, also part of Enerdata’s EnerFuture modelling exercise, envisions a world in which strong environmental efforts are undertaken, leading to a carbon emission trajectory compatible with a 2°C temperature increase by 2100.

The power sector’s emissions (per kWh generated) are expected to decrease by only 31% by 2050 from 2017 levels. This is slower than the overall average of 37% for non-OECD countries. More aggressive environmental efforts undertaken in EnerGreen, particularly less coal in the power sector (60% reduction in coal-fired generation), could lead to an important decrease in emissions: roughly 80% from 2017 to 2050.

Southeast Asia, and Indonesia in particular, has significant coal resources. After Australia, Indonesia is the world’s second coal and lignite exporter, representing 97% of Southeast Asia’s coal and lignite exports. This cheap and easy availability in the region explains why coal is so widely used to meet the rising power generation needs.
As shown in Figure 5, below, some 70 GW of coal-fired generation capacity is operational today in the region. This represents about 25% of the total installed power capacity. Of this total, almost 20 GW have been commissioned since the beginning of 2015.
In addition, coal capacity under construction in Southeast Asia totals 35 GW, which is almost half the total capacity under construction. Another 98 GW of coal projects are planned.

Figure 5: Coal Capacity to Nearly Triple, Although Majority to be High Efficiency 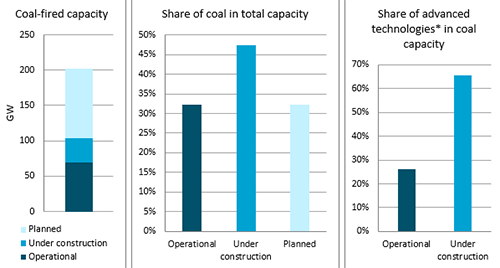 High-efficiency coal-fired power plants are gaining momentum in the region, with over 65% of the coal capacity under construction being supercritical, ultra-supercritical, IGCC or CFBG (around 25% for currently operational plants). These advanced technologies enable lower specific emissions, which is a first step towards emission reduction goals.

The Energy Trilemma and the Challenges Ahead

Most of the region of Southeast Asia today is a perfect embodiment of the classic energy trilemma. How does a country balance security of supply (especially for a growing population), with the price paid by the final consumer (especially in countries with high levels of poverty), with environmental protection (especially when we know significance of climate change)?
We can finish with the following take-aways:
• Many Southeast Asian countries’ NDCs might not be ambitious enough for global climate change mitigation.
• The planned efforts to reduce the energy intensity of GDP in most countries will not even be enough to keep reductions in pace with those of the past decade. Thus, the region’s energy intensity of GDP may decrease more slowly than in other non-OECD countries.
• The current development of coal-fired electricity generation (due to its local availability and cost competitiveness) is a major obstacle to decarbonising the power sector.
• Because the market favours coal, regulatory approaches (including feed-in tariffs, carbon pricing schemes, etc.) could be strengthened to facilitate the transition to renewables and have a chance of following a 2°C compatible trajectory.

In this analysis, we’ve taken a broad, regional view, which of course opens even more questions about the unique situations in each country. We would be happy to further discuss this analysis, including diving into such local details. If interested, please contact us at research@enerdata.net.