Extract on Power generation in Germany 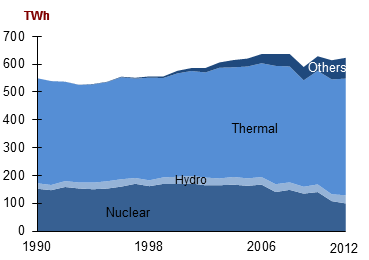 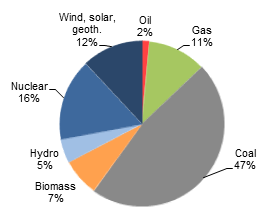 Germany remained a net exporter of electricity in 2012, despite nuclear power plant shut-downs. In 2012, Germany imported 45.3 TWh of electricity, mainly from France (30%), Denmark and the Czech Republic (19% each), and exported 65 TWh mainly toward the Netherlands (34%), Austria (22%) and Switzerland (19%). The export surplus was six times higher than in 2011 and significantly higher than surplus recorded in 2010 and 2009.