Gazprom speeds up the Power of Siberia pipeline construction (Russia)

The Russian utility Gazprom expects to construct the Power of Siberia gas pipeline on time. The company also plans to build 1,300 km of the line by the end of 2017, which is approximately 200 km more than it had planned to build at the end of June 2017. As of August 2017, about 979 km of the pipeline have been built, or 45% of the overall length of the first section, running from the Chayandinskoye field to Blagoveshchensk. Gas supplies to China are scheduled to start in December 2019.

In 2014, Gazprom and CNPC reached a US$400bn deal for the supply of up to 38 bcm/year for 30 years (from Sakhalin and Western Siberia). The gas supplies will be oil-pegged and the deal also contains a take-or-pay clause. 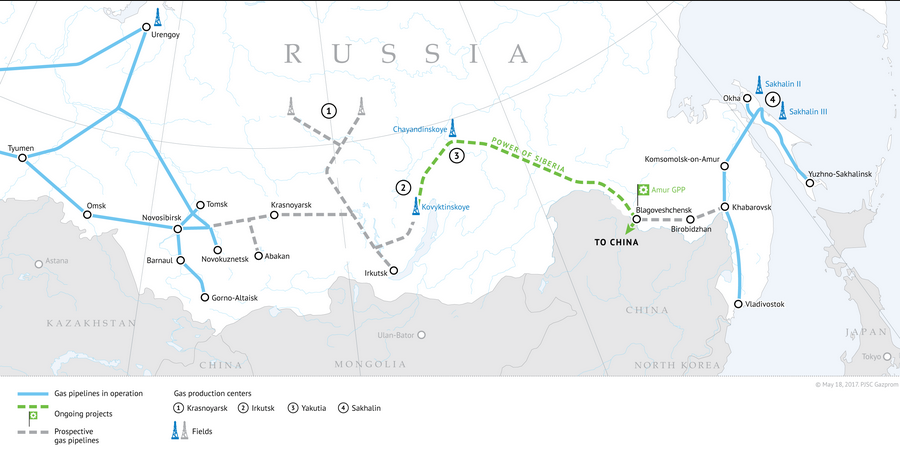