View all macro and energy indicators in the Turkey energy report

View the detailed fondamentals of the market at country level (graphs, tables, analysis) in the Turkey energy report

The total refining capacity of 0.8 mb/d is distributed over 6 refineries, including 2 large ones belonging to Tupras: Izmir and Izmit (0.2 mb/d each). The STAR refinery (0.2 mb/d) was completed in 2018 by Socar. 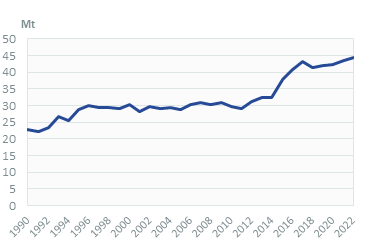 Gas consumption surged to 60 bcm in 2021, 24% higher than in 2020, driven by high economic growth and limited hydropower availability. This constitutes a second year of rebound following a substantial drop over 2018 and 2019 (-16%) as a result of successive gas price hikes during the period, combined with a lower need for power generation. 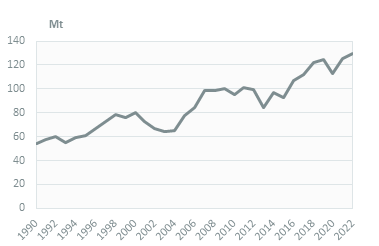 Buildings absorb the highest share with 52% (of which, services 27% and residential 24%), followed by industry with 43%. 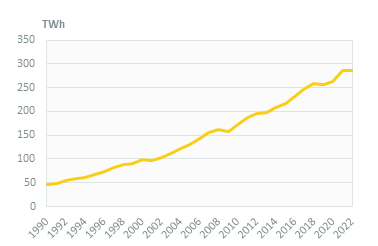 The General Directorate of Renewable Energy of MENR is in charge of implementing policy on renewables.