View all macro and energy indicators in the Lithuania energy report

Total energy consumption per capita is 2.7 toe and 4300 kWh for electricity (2021); those consumption rates are 12% and 24% below the EU average, respectively. 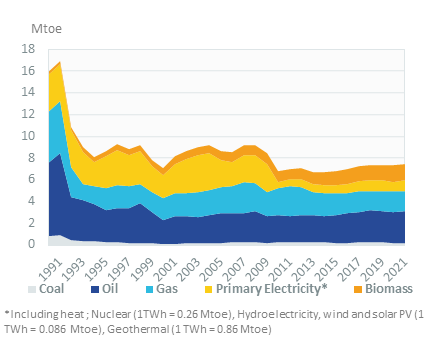 View the detailed fondamentals of the market at country level (graphs, tables, analysis) in the Lithuania energy report

Apart from a marginal production of around 30 kt, Lithuania imports all its crude oil (8 Mt in 2021, mainly from Russia. It is refined at the Mazeikiai refinery which has a capacity of 15 Mt/year, and which operates at around 2/3 of its capacity. The country is a net exporter of oil products (6 Mt of exports for 1 Mt of imports in 2021). 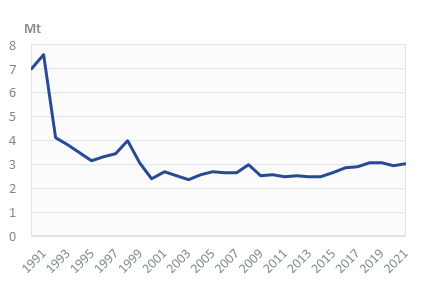 Natural gas consumption has remained stable between 2016 and 2021 at around 2.2 bcm, after a rapid fall between 2011 and 2016 (-6%/year). According to Amber Grid, gas consumption fell by 35% in 2022, due to high gas prices that reduced domestic fertilizer production and gas-fired power generation, a warmer winter and the decision to use oil in Vilnius district heating.

Industry accounted for 65% of total gas consumption in 2021 (including non-energy uses, mainly fertiliser production), followed by power plants (18%), and the residential-tertiary sector (17%). 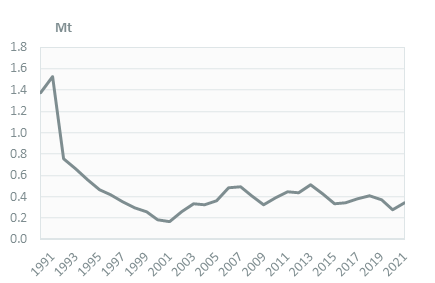 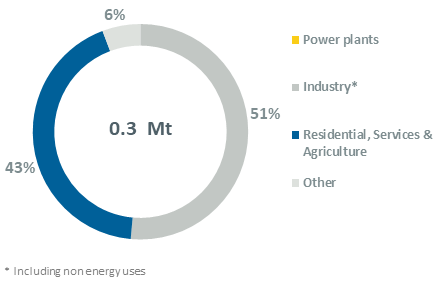 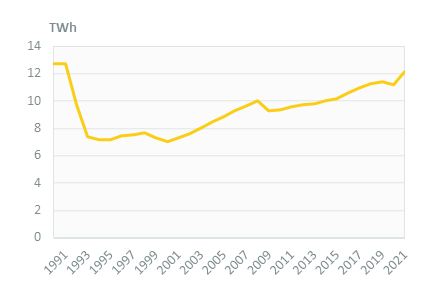 Industry absorbs 32% of electricity consumption, services 29%, and the residential sector 28% (2021). Those shares have remained broadly stable since 2000.