View the detailed fondamentals of the market at country level (graphs, tables, analysis) in the Ivory Coast energy report

There are currently no feed-in tariffs. The power purchase agreements are signed between the government and the promoter after a call for tenders or detailed feasibility studies under an MoU.

In its NDC, Ivory Coast set the target to reduce its GHG emissions by 28% in 2030 compared to a BAU level under certain conditions (private and international financing to support domestic investments and technology transfers).

Since 2012, CO2 emissions from energy combustion increased by almost 8%/year. This is partly due to thermal power generation. 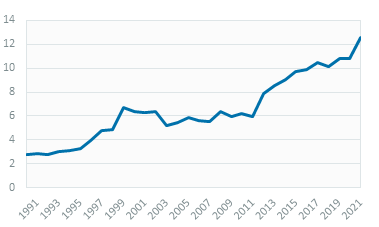