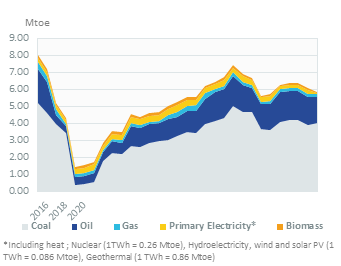 View the detailed fondamentals of the market at country level (graphs, tables, analysis) in the Bosnia-Herzegovina energy report

The 4.2 Mt/year Bosanski Brod refinery, situated in the Republic of Srpska, is the country's only refinery. The refinery has been modernised to produce Euro-5 fuels and MTBE. However, only part of the capacity is operated (1.2 Mt/year). In 2018, oil refining volumes fell by 23% to 675 kt due to an emergency shutdown in October 2018. The refinery has been idle since then; it is expected to resume operations in the third quarter of 2020, when a new gas pipeline will connect the refinery to the Croatian gas system, enabling the refinery to use gas instead of heavy fuel oil.

Both entities have adopted their own renewable energy laws (in 2013), their own feed-in tariffs (FiTs) and their own NREAPs (in 2014).

In 2017, Bosnia and Herzegovina submitted its NDC, which plans for a 3% reduction on 1990 levels (23% reduction on a BaU scenario in 2030), provided it secures international support (unconditional reduction of 2%). 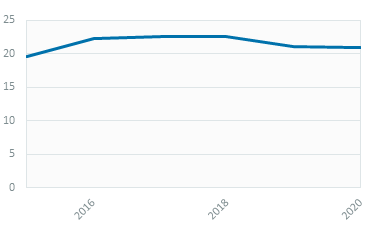